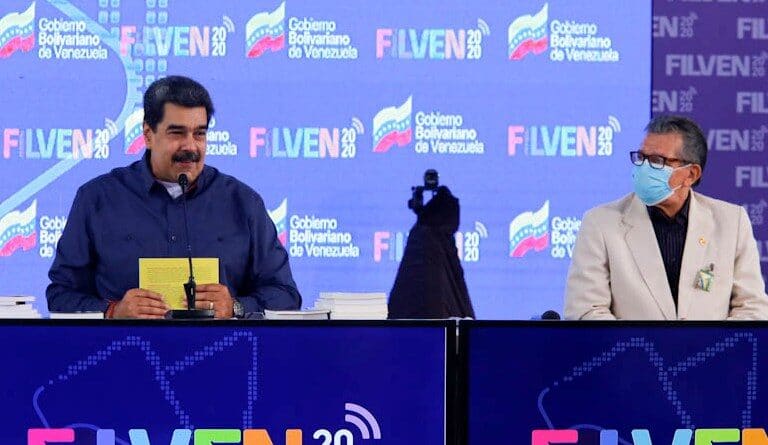 The President of the Bolivarian Republic of Venezuela, Nicolás Maduro, today rejected the decision of the European Union (EU) to extend illegal sanctions and economic attacks on the Venezuelan government for one more year.

“The European Union remained glued to the tail of Donald Trump, and in a cruel and unsuccessful way they continue in their sanctions policy. The European Union stays glued to Trump’s rear end, and to his shameful, outrageous and sad role, with the role that they play against the people of Venezuela,” said the head of state.

President Maduro stressed that the EU is determined to attack Venezuela, an independent and sovereign country that won’t bow to the orders and interests of the North American empire, nor to Europe.

“But the [Venezuelan] team wins. Venezuela wins, they have not been able to and will not be able to beat us with sanctions or threats. Neither Donald Trump nor a thousand Trumps who arise in Europe will be able to defeat us,” said the Venezuelan Head of State during the inauguration of the 2020 International Book Fair of Venezuela (FILVEN) in Caracas.

For his part Venezuelan Foreign Affairs Minister Jorge Arreaza tweeted earlier that “the European Union continues to support the blockade against the Venezuelan people, extending its illegal sanctions. Even in these circumstances, they follow the tail of Donald Trump. It is a cruel and failed policy, with clear overtones of frustrated colonialism.”

The European Union continues to support the blockade against the Venezuelan people, extending its illegal sanctions. Even in these circumstances, they follow the tail of Donald Trump. It is a cruel and failed policy, with clear overtones of frustrated colonialism. https://t.co/W1i1Km9JBf

“The European Union, disregarding their own rhetoric, have followed Donald Trump’s tail during the last two years of his regime-change operation against President Nicolas Maduro. They sometimes portray themselves as seeking dialogue, and speak about the ‘Contact Group,’ but in reality they’ve followed all US directions and orders to the letter,” an international analyst commented to Orinoco Tribune.