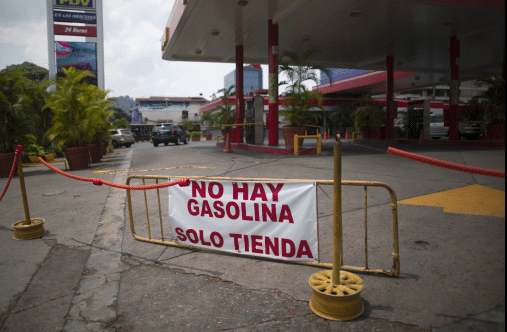 The Washington Office for Latin American Affairs (WOLA), is a anti-Chavista center for the study and “promotion of human rights” in America that recently issued a report on how the unilateral coercive measures imposed by the United States regime against Venezuela, have deeply deteriorated the quality of life of Venezuelans.

WOLA, founded in 1974, defines itself as a non-profit organization based in Washington, and published its work on the situation in Venezuela on October 29, 2020. According to wikipedia its largest donors include the Royal Norwegian Ministry of Foreign Affairs, Swiss Federal Department of Foreign Affairs, and Swiss Agency for Development and Cooperation, along with the Ford Foundation, the MacArthur Foundation, Open Society Foundations (George Soros), the Atlantic Philanthropies, the Libra Foundation, and the Seattle International Foundation.

According to the news website La Tabla, the aforementioned document was written by the Venezuelan economist from the Central University of Venezuela (UCV) Luis Oliveros, who used as sources “private evaluations, unofficial data and publicly available figures.”

La Tabla explains through Twitter that Oliveros “measured the impact on the oil industry, on the imports of food, medicine, fuel and other essential goods.”

The study cited by La Tabla states that the crisis in Venezuela began in 2017, when the country had already been declared an “extraordinary threat” by the government of Barack Obama (2015). In that sense, it highlights that the coercive measures, described by the Donald Trump government as ‘sanctions’, “contributed directly to the further deterioration of the quality of life of ordinary Venezuelans.”

Sanctions are not personalized and affect the most vulnerable

“It is inaccurate to say that (US) sanctions do not have a general impact but a personal one. They take an ever-increasing toll on the population and affect the most vulnerable in particular. The economic, political and military elites seem to be isolated from the effects of the sanctions,” explains La Tabla, on what the WOLA report highlights.

It adds that “the economic chaos is much worse than in 2017 and the country does not seem to be closer to a peaceful and democratic solution.” Without mentioning that it is the result also of US and European Union interference in Venezuelan internal affairs and support to the most extremist right wing political operators.

In addition, “the sanctions have left losses between 17,000 million and 31,000 million dollars in income for the Venezuelan State.” In a highlighted statement, former US security adviser from 2018 to 2019 John Bolton estimated that losses in Venezuela during 2019 exceeded $ 11 billion.

“The decline in oil production in Venezuela has its roots in years of mismanagement and corruption. Average monthly public imports fell 46% in 2019, to 500 million and another 50% in 2020, to 250 million,” cites the WOLA report replicating the same US imperialist narrative.

In addition, the investigation says that “human rights groups, humanitarian organizations and private companies have closed bank accounts and have seen ‘legitimate’ transactions denied or frozen.” It also concludes that “US politicians must rethink sanctions and limit their impact.”

La Tabla adds that on September 1, WOLA “joined with 115 Venezuelan organizations and individuals to urge the United States to refrain from expanding sanctions to restrict the flow of diesel into the country.” Recently US sanctions manager, Elliott Abrams reiterates the US willingness to apply sanctions to Venezuelan imports of diesel.

“They thought they were short-term measures that would quickly lead to a democratic transition. But they have hurt the Venezuelan people more than the government. It’s time to reconsider, ”said David Smilde, principal investigator for WOLA and not precisely a Chavista sympathizer.