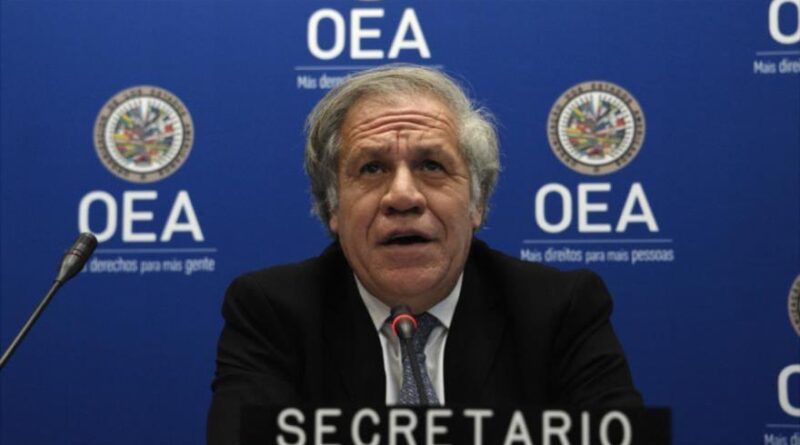 Argentina warned that the statements made by the head of the Organization of American States (OAS), Luis Almagro against the Mexican Foreign Affairs Minister demonstrates his intention to influence the legislative and regional elections of Mexico, scheduled for this Sunday, June 6.

On Friday, June 4, Argentine Foreign Affairs Minister Felipe Solá criticized the statements of the Secretary General of the Organization of American States (OAS), Luis Almagro, against the Minister for Foreign Affairs of Mexico, Marcelo Ebrard, alluding to the latter’s service as the governor of Mexico City from 2006 to 2012.

Solá stressed, via Twitter, that Almagro’s inability to generate consensus among the member states of the OAS as well as his great institutional irresponsibility demonstrate that he intends to interfere in the electoral affairs of Mexico, a member state of the hemispheric entity.

In response to Ebrard’s comments regarding Almagro’s “catastrophic” management of the regional bloc, the Secretary General of the OAS made allusions to the collapse of a bridge on the Mexico City Metro Line 12, which was built during Ebrard’s administration as Governor of the then Federal District (Mexico City). This collapse caused 26 deaths and injured 86 people on the night of May 3 this year.

In addition to classifying Almagro’s administration of the OAS as ”the worst in the history” of the organization, Mexican Foreign Affairs Minister Ebrard highlighted the ”shameful” role that the regional body had played in regard to the 2019 Bolivian electoral process, where Almagro practically facilitated ”a coup in a country which had held an uninterrupted democratic life” until then.

RELATED CONTENT: A False Messiah? The Empire Strikes Back at AMLO

Almagro has been accused on several occasions of interfering in the internal affairs of the countries of Latin America, as was the case when he questioned the results of the National Assembly elections in Venezuela, held on December 6, 2020, which were legitimately won by a majority of deputies belonging to the party of President Nicolás Maduro.

Featured image: The Secretary General of the OAS, Luis Almagro, in a press conference at the headquarters of the organization in Washington DC, December 19, 2019. Photo: AFP.