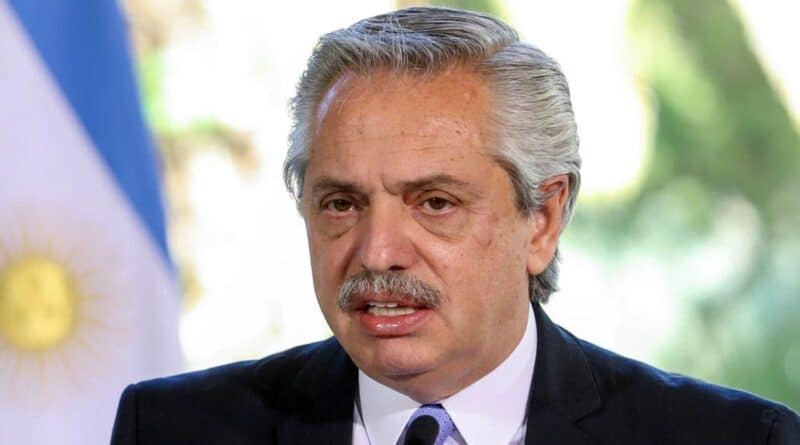 The Argentine president, Alberto Fernández, ratified the recognition of the “legitimacy” of the government of his Venezuelan counterpart Nicolás Maduro. In an interview held on Thursday with the local station AM750, the Argentine president denied that Argentina had issued any condemnation of the Maduro Administration and clarified that his government’s position was “distorted by some media outlets.”

In this way, Fernández referred to how the media twisted the presentation made the day before during a meeting of the United Nations Human Rights Council (UNHRC) by the Argentinian ambassador to international organizations in Geneva, Federico Villegas.

Fernández pointed out that Villegas had advocated “that human rights be preserved in Venezuela, as in any other place in the world”, that the “blockade” against Venezuela be lifted because it “condemns the people” to poverty; and that in the political life of that country there should be no interference “by any foreign power”.

“I am not the one who has to tell Venezuelans what they have to do. Neither I nor Trump nor anyone else,” stressed the Argentine head of state, who changed the position held by his predecessor, Mauricio Macri.

In this way he refers to the pressure campaign of Washington, through a series of sanctions, withholding of funds, even military threats against Venezuela, with the aim of overthrowing the Maduro government.

The president recalled that Argentina’s position towards Venezuela is the same that he expressed during the last meeting by teleconference of the G-20, with international leaders, when he said that he saw with great concern that, in the midst of the COVID pandemic- 19, Venezuela and Cuba are sanctioned, since those directly affected are the peoples of those countries.

Fernández remarked that his administration will not promote any coup d’etat against any president. “That is why I did not recognize the Bolivian government. I am a man for democracy,” he said.

In Bolivia, a de facto government is in power led by Janine Áñez, who installed herself as “interim president” after the head of state Evo Morales was forced to resign on November 10 for the peace of the Andean country. Currently Morales lives as a refugee in Argentina.