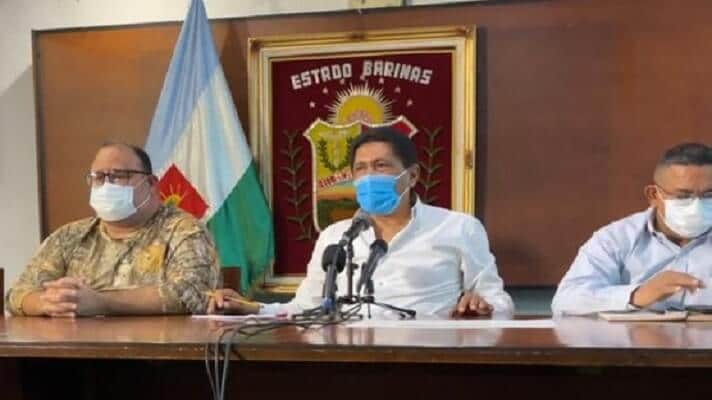 This Tuesday, November 30, Argenis Chávez announced his resignation as governor of the state of Barinas. Chávez made the decision to comply with the two complex judgments made by the Supreme Court of Justice (TSJ) this week related to the counting of votes and a second election that will take place in the eastern Venezuelan state. The resignation was issued despite the fact that the TSJ statements did not mention anything regarding Chávez’s position being in question.

In addition, Chávez resigned from his candidacy for re-election for the new elections that will be held in the state on January 9, 2022, while announcing that the secretary general of the government, Jesús Monsalve, will assume the position of governor.

“I have decided to separate  from my position as of today,” said Chávez. “In the few minutes after this press conference I will present my resignation from the position of governor of the state to the competent body.”

Chávez thanked the people of Barinas for their participation in the elections on November 21.

Chávez also indicated that he will leave the national leadership of the United Socialist Party of Venezuela (PSUV) to decide who will be the candidate for Chavismo for the election’s second round.

This new electoral process will be carried out according to the decision of the Supreme Court of Justice (TSJ) chaired by Magistrate Maikel Moreno in its electoral chamber. The ruling has created tensions and debates, not only among anti-Chavistas but also among important Chavista groups that do not see the necessity of calling for a rerun election when the CNE —according to the TSJ ruling itself—already projected opposition candidate Freddy Superlano (MUD) to be the winner.