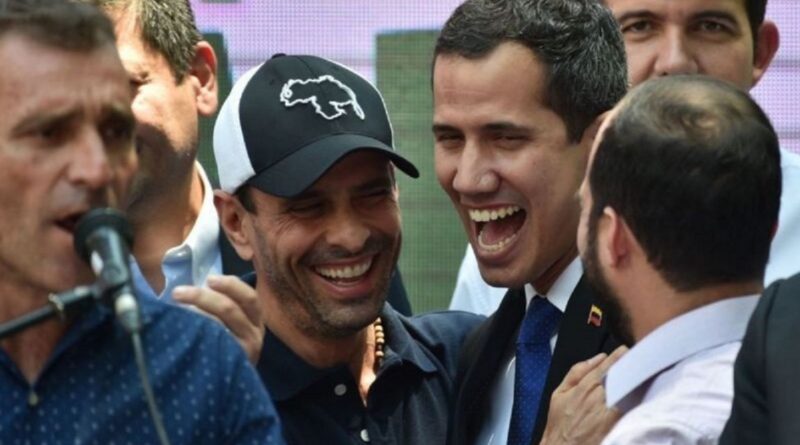 After the defeat suffered by Venezuelan opposition groups in the mega-elections of November 21, there is talk about the need for the right to renew its leadership in the coming weeks, facing future political and electoral challenges. One of the names most frequently mentioned is that of Henrique Capriles, as a possible replacement for former deputy Juan Guaidó.

In this sense, the debate increased within the right around the figure of Guaidó and his imaginary “interim government,” lacking any legitimacy and questioned from within the oppositionist ranks themselves, who accuse him of not meeting objectives set almost three years ago.

RELATED CONTENT: Chavismo Consolidates its Power in the Face of a Divided Opposition

For his part, Capriles, who was defeated in the 2013 presidential elections, played a more prominent role in the regional and local campaign as one of the main promoters of participation in the recent elections, after having called for abstention and coups in previous ones.

“What they call the interim government died on April 30, 2019,” Capriles has said. “There they gave him [Juan Guaidó] a Christian burial. Enough is enough. Either we do politics with a capital ‘p’ or we continue playing Playstation.”

The last word
However, for the opposition ranks the last word will be that of the White House spokesperson. The State Department, under the administration of Joe Biden, recently reiterated its support for former deputy Juan Guaidó, continuing its adventure with the self-appointed imposter president.

RELATED CONTENT: What Did Leopoldo López and Yunior García Gossip About in Madrid?

Through the government of Iván Duque in Colombia, Washington insists on promoting destabilizing actions. Recognition of Guaidó allows the former deputy and his imposter administration to “manage” assets and resources stolen from the Venezuelan state, carrying out fraudulent operations such as those used to bankrupt the company Monómeros in Colombia.

With this situation, a debate has been opened regarding the future of the financing that the US gives to the sector of the extreme right controlled by Juan Guaidó and his paymasters, and the assets of the Venezuelan people that remain under the control of the US Department of the Treasury.

Various opposition circles assure that Capriles achieved rapprochement with representatives of the US government. However, opposition elements also commented that Capriles is still far from convincing the Joe Biden administration to take the final step and dethrone Guaidó as the “standard bearer” of Washington’s interests in Venezuela.