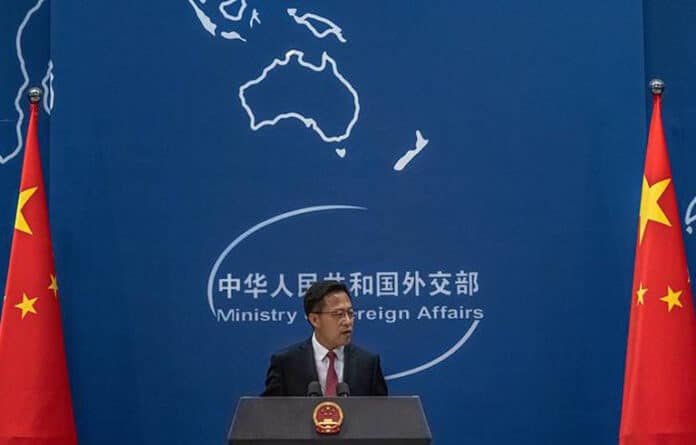 Beijing intends to retaliate with harsh measures if Washington imposes unilateral coercive measures—euphemistically called “sanctions”—on China due to the discord between Russia and the United States over the Ukraine conflict, China’s Foreign Ministry spokesperson Zhao Lijian said on Thursday, March 10.

“In the process of establishing relations with the Russian Federation, the United States does not have the right to impose so-called sanctions against Chinese companies and individuals,” the spokesperson said at a press conference. “If it does, China will give a firm and serious response.”

According to the diplomat, Washington’s sanctions against Russia will do nothing to solve Ukraine’s dilemma. “On the contrary, the United States creates more headaches this way,” he added, reported by Tass news agency.

As Zhao Lijian pointed out, Washington’s actions not only cause economic damage to all parties involved, but also “have a [negative] impact on the political settlement process.”

On Wednesday, after learning of the US oil embargo on Russia, the Chinese diplomat said that unilateral sanctions do not bring “peace or security,” but rather economic difficulties for the countries on which they are applied.

Lijian noted that Beijing and Moscow have always maintained “solid cooperation in the energy field” and “will continue to carry out commercial cooperation that includes gas and oil,” news agencies reported.

Motivated by Russia’s military operation in Ukraine, countries such as the US, Japan, the United Kingdom, Canada, and the European Union (EU) have frozen assets and imposed severe sanctions on Moscow in the fields of energy, transport, exports, and travel visas, among others.

These sanctions have produced a serious disruption in supply chains all over the world, causing a boomerang effect for the economies of the very nations that launched the coercive measures, in particular the United States and the countries of the European Union.