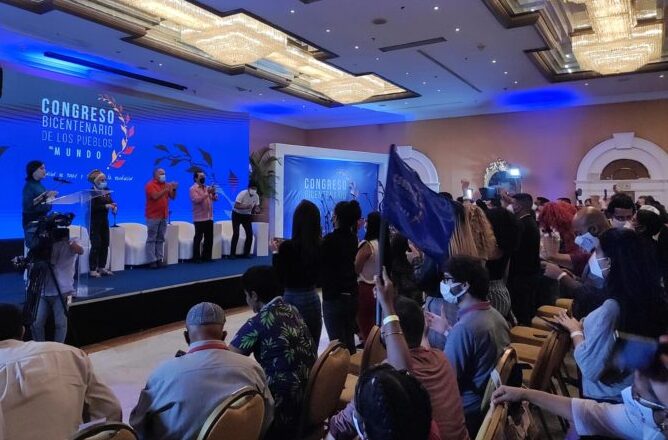 The meeting of the Bicentennial Congress of the Peoples culminated in the city of Caracas, with proposals oriented towards the formation of political leaders through the creation of a great School of Cadres.

This was reported by the ambassador of the Bolivarian Republic of Venezuela in Cuba and chair of the congress, Adán Chávez Frías, who emphasized the need to strengthen revolutionary awareness. For this reason, he stressed that among the proposals to be finalized was the creation of a training school by the Bicentennial Congress of the Peoples.

In addition, Chávez expressed the Congress’ commitment to form unity through communication networks for the media counteroffensive. This would constitute, in addition, a subject of study for the formation of cadres.

RELATED CONTENT: Caracas Welcomes Delegates from 120 Countries at Bicentennial Congress of the Peoples of the World

In his speech, Adán Chávez reiterated that in this line of work, it is necessary “that the already existing Cuadros schools manage to generate networks, to train cadres on a continental and global level.”

Call to unity
For his part, Bolivian leader Evo Morales emphasized the principles, values ​​and programs that promote unity between the Latin American and Caribbean peoples, as a manner in which to achieve the defeat of the empire.

Similarly, Morales shared the experiences promoted in Bolivia, namely the premise that the liberation of peoples is manifested in the defense of the natural resources of each territory.

RELATED CONTENT: Workers Strike in Uruguay Against Hunger and Inequality 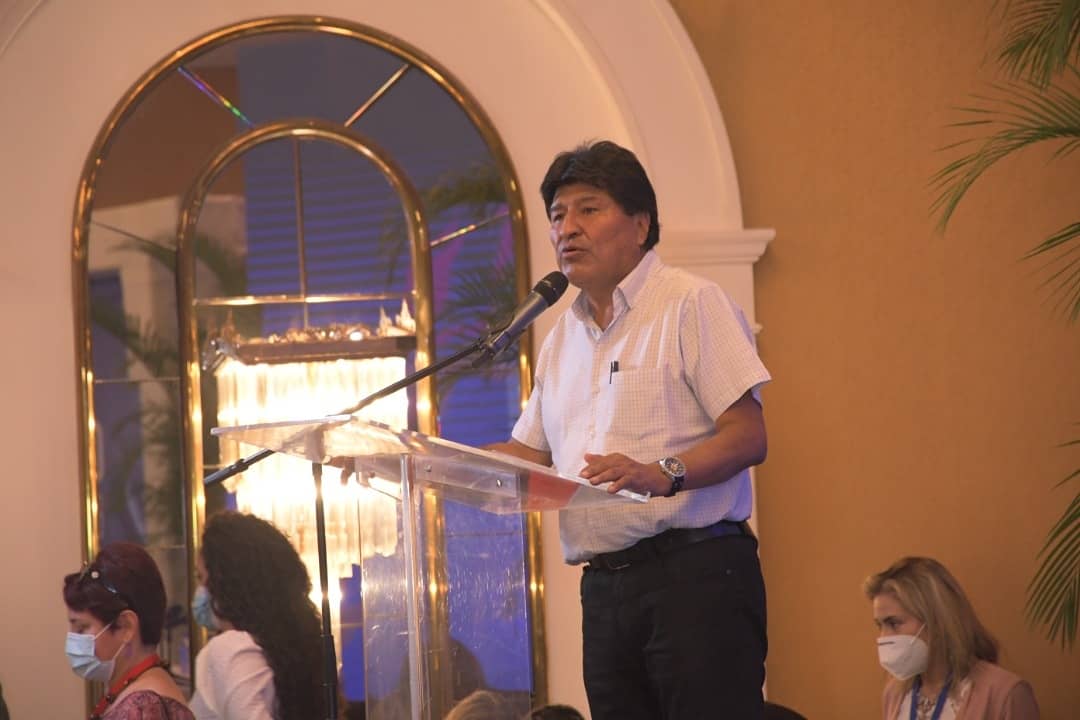 Morales also expressed his conviction that with unity it will be possible to defeat both internal and external enemies. “You have to eat Maduro (plantain) to be an anti-imperialist,” he said jokingly. With this, he invited the Congress to follow in the footsteps of the Venezuelan president, to achieve more victories against imperialism.

Meanwhile, the Colombian leader, Piedad Córdoba, confirmed her admiration and love for the Venezuelan people and for what President Nicolás Maduro represents in the fight for peace, freedom and equality.

“Our perseverance, our struggle, our commitment, our love for the Bolivarian Revolution will not disappear, and that is why we are here. Here are those who believe in another world, in another country and in another revolution,” the Colombian leader added.