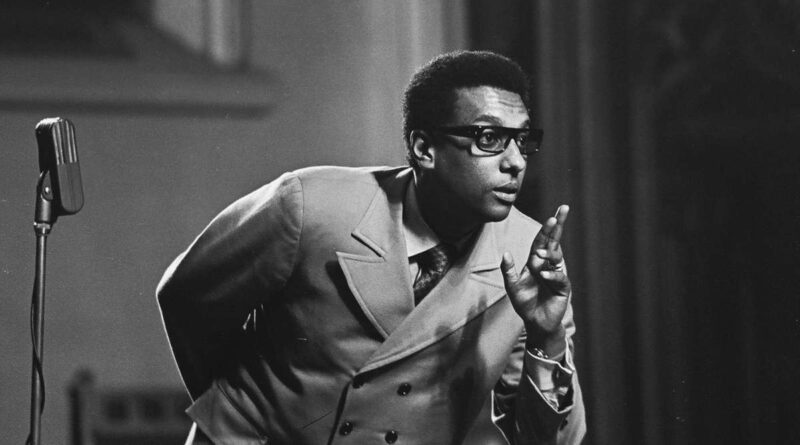 Bill Clinton has a penchant for overstepping, for going too far and for being too cocky, especially when it comes to Black people. He assumes a kind of insider posture that is, quite frankly, offensive.

This posture was on full display yesterday when, while eulogizing the late civil rights leader and Congressman John Lewis, Clinton took the liberty to render his opinion about who was a good Black leader vs. who was a not-so-good Black leader. In referring to the political differences between Lewis and Kwame Ture (formerly Stokely Carmichael) — both former leaders of the Student Non-Violent Coordinating Committee (SNCC) — Clinton backhandedly disparaged Ture.

“There were two or three years there where the movement went a little bit too far towards Stokely,” Clinton presumptuously opined, “But in the end, John Lewis prevailed.”

Who is Bill Clinton to weigh in on whether or not Ture went “too far” when he was at the helm of SNCC? And how dare he poke jabs at a Black Freedom Movement leader who has been dead over 20 years, at a memorial service for another. Too far toward what, “freedom”?

Clinton dismissively implied Ture was a hot-head extremist, the opposite of John Lewis, whom he portrayed as the more reasonable nonviolent, integrationist. Both depictions miss the mark and diminish who each man was.

Perhaps these are the categories Clinton has for Black political figures — the good ones who don’t make him too uncomfortable, and those who “go too far.”

We have heard a lot about John Lewis in the days since his death at age 80 of pancreatic cancer. We’ve heard about his injuries on Bloody Sunday in Selma, his role in the Freedom Rides, his good-natured collegiality as an elected official and his persistent press for justice from inside the halls of Congress.

But we’ve heard very little about the brave young man who sought to give a more radical message at the 1963 March on Washington.

The speech Lewis had originally written for that occasion, along with his comrades in SNCC, called for “revolution,” and criticized President Kennedy’s pending civil rights bill as “too little, too late.”

A particularly militant section of the original uncut speech read:

We will march through the South, through the heart of Dixie, the way Sherman did. We shall pursue our own ‘scorched earth’ policy and burn Jim Crow to the ground — nonviolently. We shall fragment the South into a thousand pieces and put them back together in the image of democracy.

Lewis’s uncompromising words offended some of the more moderate leaders on the platform that day, and he was asked by movement elders to soften the speech, which he did reluctantly. But that was in 1963, three years before Stokely Carmichael (Ture’s name at the time) and SNCC organizer, Willie Ricks, launched the slogan “Black Power,” during the Mississippi “March Against Fear.” Lewis and Ture had their differences, to be sure, but they were not each other’s antithesis, as Clinton’s remarks suggest.

Kwame Ture was a Trinidadian-born former Howard University student, powerful orator and brilliant intellectual. He drew inspiration from Martin Luther King Jr., Malcolm X and Fannie Lou Hamer, and by the late 1960s, he was an unapologetic revolutionary.

Ture made enormous personal sacrifices toward his vision of liberation. He believed that the systems of capitalism, white supremacy, imperialism and paternalistic white liberalism had to be undone in order for true human freedom to flourish.

After he left SNCC, Ture worked briefly with the Black Panther Party, then moved to West Africa and founded the All-African People’s Revolutionary Party. He wrote, traveled, agitated and organized, never garnering much fame and never earning much money. He had been jailed, harassed and threatened during his work in the South. He had become close to some of the fiercest freedom fighters in Mississippi and Alabama, and later to heroic anti-colonial leaders throughout the African continent.

For some of those early years he fought alongside John Lewis, and then the two men took different paths.

I remember the last time I saw Kwame Ture. It was not long before he died prematurely of prostate cancer. He had been living in Guinea and he was back in the United States for meetings and medical treatment. He was weak and thin. I visited him in a modest Southside Chicago apartment where he was staying with friends. I sat by his bedside interviewing him for what would become my book on Ella Baker, whom he admired greatly. We had postponed the interview for several years and he insisted that we do it on this visit to Chicago, knowing perhaps that there might not be another.

I remember his thoughtful reflections about Baker, Dr. King and his former comrades in SNCC, including Lewis. There was no animus, no grudges, no petty vitriol. Ture was a serious and complicated man, imperfect like all of us, but deeply committed to justice and liberation for oppressed people. He was devoted to Black liberation, which he saw as the key to all human liberation. He believed in the global Black Freedom movement to his very core. Despite substantive ideological differences, he and Lewis shared this fundamental passion — something Clinton might not fully understand.

Another section of Lewis’s 1963 D.C. speech came to mind as I listened to Clinton and other opportunistic politicians sing Lewis’s praises in recent days. He warned: “This nation is still a place of cheap political leaders who build their careers on immoral compromises and ally themselves with open forms of political, economic and social exploitation.”

When Ture died in 1998 there were no former presidents at his memorial, no horse-drawn carriages to ceremoniously carry him to lie in state and no televised tributes. His homecoming was modest, private and small, but among those who work toward and study Black liberation, Ture’s legacy still looms large. Bill Clinton’s arrogant remarks cannot diminish that.

Barbara Ransby is a historian, author and longtime activist based in Chicago. She is author of Ella Baker and the Black Freedom Movement and is president of the National Women’s Studies Association. Follow her on Twitter: @BarbaraRansby and @btmmayday.