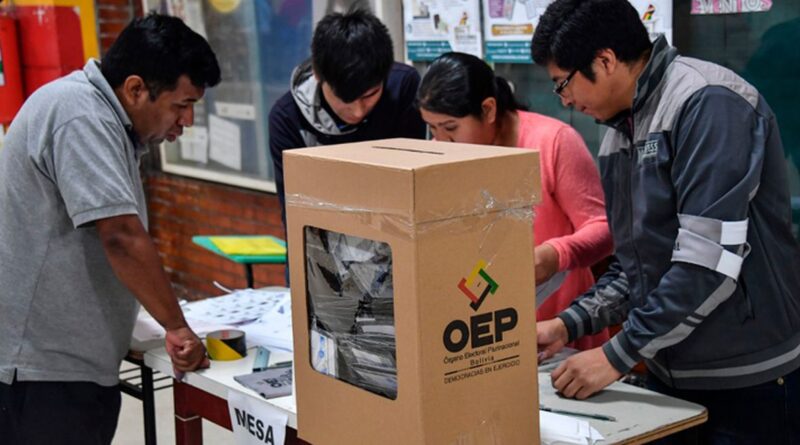 Washington, DC ― Bolivia’s presidential elections on Sunday, October 18, could be much less transparent than last year’s if changes described by the United Nations Development Program (UNDP) are accurate, Center for Economic and Policy Research (CEPR) researchers warned today. In a message responding to an inquiry about the electoral process and the preliminary results system (DIREPRE), and posted on Twitter, an official with the UNDP office in La Paz states: “Disaggregation level of the results will be at Polling precinct level (recinto electoral) and most probably there will not be a excel [sic] sheet for public download.” As votes were processed in the 2019 election, analysts were able to download Excel sheets of disaggregated results data. Analysis of this data allowed them to show that there was no statistical basis for the Organization of American States’ claims questioning the validity of the results showing that President Evo Morales had won a first-round victory.

The UNDP office in La Paz did not respond to CEPR’s inquiries requesting more information.

“Only releasing recinto/precinct level data ― as opposed to acta/tally sheet level data ― will make it impossible for observers to quickly check the accuracy of the vote by comparing hard copies of tally sheets to images posted online,” CEPR Research Associate Jake Johnston noted in a Tweet thread.

As Johnston points out, CEPR was able to use the Excel sheet data made available by Bolivia’s electoral authority, the TSE, to quickly show that the OAS had no evidence to support its statement, made the day after the election, that there had been a “drastic and hard-to-explain change in the trend of the preliminary results after the closing of the polls.”

Researchers at CEPR, as well as others at the Massachusetts Institute of Technology, the University of Pennsylvania and Tulane University, and the University of Michigan, as well as analysis reported by The New York Times, all used the data in subsequent weeks and months, also concluding that the OAS’s initial claims about the election results ― which were seized by the opposition and which spurred on violent protests ― were false.

“If these elections are clean, if the reported results are reliable, then the electoral authorities should make them available,” Johnston said. “There is no excuse for narrowing public access to data.”

“Recent statements by Bolivia’s de facto authorities, and by OAS Secretary General Luis Almagro, suggesting that the MAS could somehow steal the election, are outrageous. Almagro, in particular, raises the possibility that he and his staff could once again violate the OAS charter and international law by making false statements in order to overturn the result of democratic elections — as they clearly did last year,” CEPR Co-Director  Mark Weisbrot added.

RELATED CONTENT: Bolivia’s Socialist VP Candidate: “The Coup Against Evo Morales was Driven by Multinationals and the Organization of American States”

“Once again, the initial announcement of preliminary results will set expectations about the election’s outcome ― but with these changes, we will likely have little clue as to how representative those numbers truly are,” Johnston said. “If past trends continue, the MAS is likely to do better on tally sheets processed later in the count. It is absolutely crucial that all parties ― including international observers ― refrain from proclamations until all the votes are counted.”