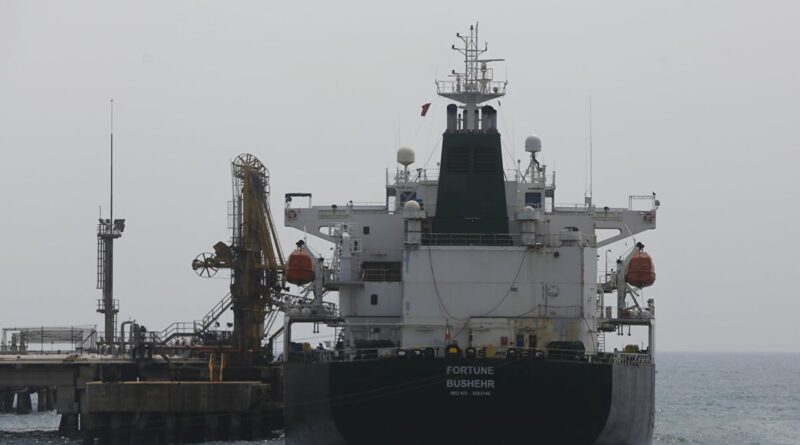 October 14, 2020.-  American authorities claim to have intercepted several shipments of Iranian petroleum in August 2020, forcing at least two vessels to bring their cargo to US ports.

The US government is facing a legal challenge over the forfeiture of the cargo intercepted from four purported Iranian tankers, Bloomberg reported. Washington claims that the cargo on the four intercepted vessels belongs to the National Iranian Oil Company (NIOC), purportedly tied to the Islamic Revolutionary Guard Corps (IRGC), dubbed a terrorist organisation in the US, but the ships’ owners reportedly dispute this claim and are challenging the forfeiture.

Bloomberg said Mobin International Limited, Oman Fuel Trading Ltd, and Sohar Fuel Trading LLC FZ have all filed for the dismissal of the US forfeiture of their ships cargoes. The Department of Justice, which served as a receiver of the fuel discharged from the purported Iranian tankers, has not commented on the suit.

Unless Washington manages to prove that the cargo was Iranian and substantiate its claim that the sale of the gasoline would benefit the IRGC, it will not be able to manage the confiscated fuel, for example, to sell it. Reacting to the initial US statement regarding the interception of the four tankers (Bella, Bering, Pandi, and Luna) Iran dismissed the American claims as “another lie and psychological warfare”. Iran’s ambassador to Venezuela, the country that was supposed to receive the shipments, said the seized ships were not sailing under the Iranian flag. The nation’s Oil Minister Bijan Namdar Zangeneh added that the cargo had already been paid for by Venezuela and hence did not to belong to Tehran.

Both Iran and Venezuela are feeling the pinch due to American sanctions on oil trade. In Venezuela, already hit by an economic crisis that began in 2017, they resulted in the degradation of local refineries, which could no longer refine the extremely heavy blend of oil extracted in the country. For this the refineries require both advanced equipment and chemicals, most of which are now inaccessible due to the inability to purchase them abroad because of the US sanctions. The May fuel shipment from Iran reportedly contained an undefined amount of chemicals necessary to support the operation of some of the Latin American nation’s refineries.

Washington heavily condemned the cooperation between Caracas and Tehran in the sphere of fuel trade, claiming that Venezuelan President Nicolas Maduro is robbing his country’s gold reserves to buy Iranian gasoline in order to remain in power. Both Venezuela and Iran, in turn, condemned the US attempts to hinder this cooperation. President Maduro also previously accused his American counterpart, Donald Trump, and his administration of trying to overthrow the Venezuelan government, by sabotaging the country’s power grid and supporting the now-botched coup attempt by opposition figure Juan Guaido.