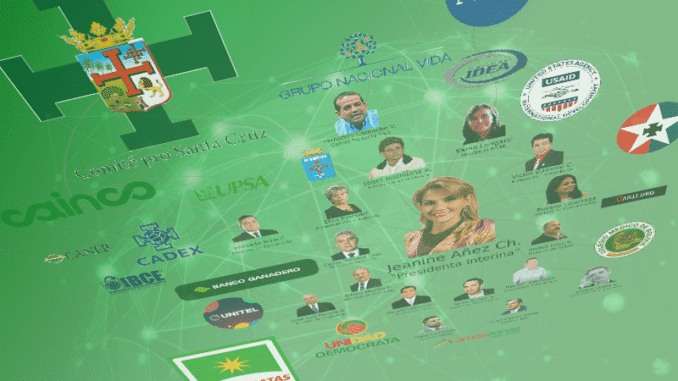 Every government responds to the interests of a social class, a class fraction or an alliance between them. The regime that has been constituted in the country with Jeanine Añez at the head responds directly to the interests of the financial oligarchy and the great pro-imperialist monopolies. The main ministers that make up the Añez cabinet are a clear example of the class interests that her government defends, it is a government of the financial oligarchy, of monopoly capital, servile to Yankee imperialism.

The CAINCO (Chamber of Industry, Commerce, Services and Tourism of Santa Cruz) assumes a direct role with three former directors in the ministerial cabinet in the portfolios of Productive Development (Rojo Parada), Planning (Melchor Diaz, President of the Private University of Santa Cruz de la Sierra) and Environment (Pinckert). Yes! CAINCO itself responsible for the large burning of land in the Chiquitanía, today has its representative in the Ministry of Environment and Water. The chambers of exporters that have promoted the export of livestock and agroindustrial products have their representative in Productive Development (Rojo Parada).

The Ganadero financial group has managed to place itself in the cabinet with former executives in the portfolios of Economy (Parada Rivero) and Productive Development (Rojo Parada); This financial group also owns the Unitel television channel. The head of Economy was also the general advisor of the government of Santa Cruz (Democrats) and in the government of ‘transition’ he is accompanied by the deputies and senators of his bench (Democratic Unit) – Murillo in the Ministry of Government, Coimbra in Justice, Nuñez in Public Works and Añez herself. Another political force represented in the cabinet is the Christian Democratic Party, whose former Senator Zamora now heads the Ministry of Hydrocarbons. RELATED CONTENT: Bolivia’s Russiagate Scandal is a Provocation to Renege on Agreed-Upon Deals

The most prominent for international relations in the new cabinet are the new Chancellor Longaric, former director of the Idea Foundation (funded by USAID and NED). In other words, the new head of international relations of the country comes from a close job with the main imperialist agencies in the region, NED (of the US Democratic Party) and USAID (US Development Agency). The ‘Interim President’ deepens these relations with her ex-husband (Hector Hincapié), who was a deputy of the former Colombian president Uribe, of the most conservative and pro-Yankee right in the region.

Some more active sectors of the opposition to the MAS were rewarded: the Minister of Health, Cruz Senzano is from the Medical Guild that took the last months of the MAS government into strikes; and the Minister of Communication Lazárraga, has as a recent past the radio program Cabildeo that served as a media platform for the opposition. The Minister of the Presidency, Xerxes Justiniano (son) is Fernando Camacho’s personal lawyer of the Pro Santa Cruz Committee, as he also represents the ‘pack’ accused of rape of an 18-year-old girl; He did a tour as leader of the Blooming Football Team. His client Fernando Camacho Vaca of the Pro Santa Cruz Committee, was the one who entered the “Palacio Quemado” with the bible and was next to Añez (also with the bible) during her ‘oath’.

It is not a matter of chance that the financial oligarchy is in a position to administer state power, but the product of a decade of incubation and growth. Between 2008-2009, our country experienced the so-called “civic-prefectural coup” which was an escalation of clashes between the crescent and the central government. The resolution of this conflict took place within the framework of the new Political Constitution of the State agreed by oligarchic representatives and the MAS government, instead of defeating the traditional right they chose to reach an agreement with it. As of the new CPE, the financial oligarchy has enjoyed optimal conditions for its growth and development; they have benefited from numerous state contracts, made-to-measure laws, and concessions in every way. The most reactionary layers of the Bolivian bourgeoisie that Morales considered as ‘partners’ and ‘patriotic businessmen’, today have directly assumed state management. Today the representatives of the most reactionary and pro-imperialist oligarchy have assaulted state power, preparing the new general elections to legitimize and reaffirm a new government of its class. 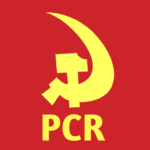 Simon Arancibia R. is a Member of the Politburo of the Central Committee in the Bolivian Communist Revolutionary Party (PCR)

Simon Arancibia R. is a Member of the Politburo of the Central Committee in the Bolivian Communist Revolutionary Party (PCR)