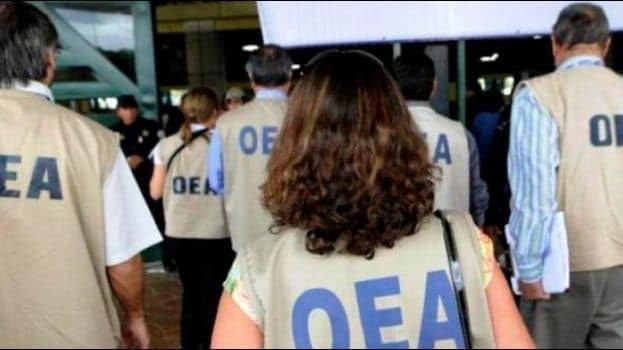 Five OAS observers will follow the procedures to the electoral organization, announced the Bolivian ambassador to the international organization.

On Monday, the mission of observers from the Organization of American States (OAS) arrived to Bolivia, for the primary elections on January 27.

This was confirmed by the ambassador of Bolivia in the OAS, José Alberto Gonzales. “There are five observers who come to follow the procedures of the electoral organization and the issue related to technology,” he said.

The agreement between the Bolivian Supreme Electoral Tribunal (TSE) and the international body had been reached between the two entities the last 15 of January, under an inter-institutional agreement to accompany internal elections of political parties.

This is the first time that the Andean country will hold primary elections.

On the other hand, the Departmental Electoral Court (TED) has already started the transfer of the electoral bags to the most remote municipalities of the country, to guarantee the proper democratic exercise of all citizenship.

“These materials will go in hermetically sealed containers that will be opened only at the time of assembling the polling stations, some are plasticized to move to the most remote places,” said TED member, Gunnar Vargas.

This Sunday 27 will be held in Bolivia primary elections to elect candidates for president and vice presidents of the next government period 2020-2025.