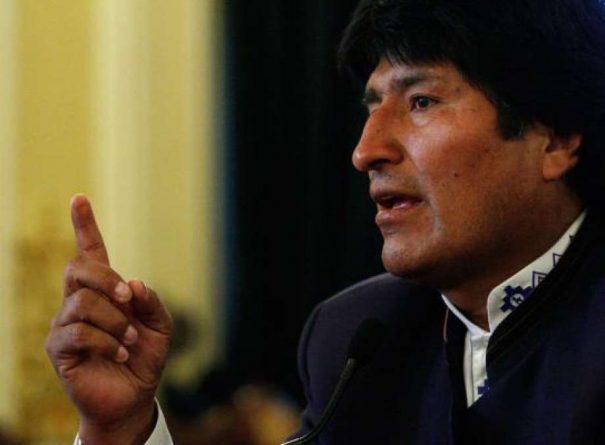 Bolivia, like neighboring Peru, allows the cultivation of coca – the raw material of cocaine – in limited quantities for legal use in Andean religious rites and for medicinal purposes to counteract altitude sickness.

But “excess” coca is subject to eradication.

Morales traveled to Chimore, in the central province of Cochabamba, to listen to a briefing from the commander of the eradication task force, Jorge Roman, who said that this year’s results have “exceeded expectations.”

The commander said that an estimated 94,610 hectares (234,000 acres) of illegal coca have been eradicated in recent years, demonstrating that Bolivia fulfills its international commitments to fight drug trafficking.

“While in Bolivia the coca leaf crops have been successfully reduced … in other countries the trend has been one of exponential expansion,” Government Minister Carlos Romero said.

The minister cited the case of Colombia, where the extent of land planted with coca has expanded fourfold in the last four years.”

A report released in August by the UN Office on Drugs and Crime established that the extent of coca crops in Bolivia is 24,500 hectares (597,000 acres), an increase of 6 percent compared with last year.

But Bolivian authorities say they are confident that this year’s results will be reflected in 2019 report from the UN agency.

Morales, Bolivia’s first indigenous head of state, rose to prominence as leader of the coca growers union in the Chapare region of Cochabamba province and he remains the nominal head of that organization.

While seeking to find new legal uses for coca, the Morales administration has made record seizures of cocaine.