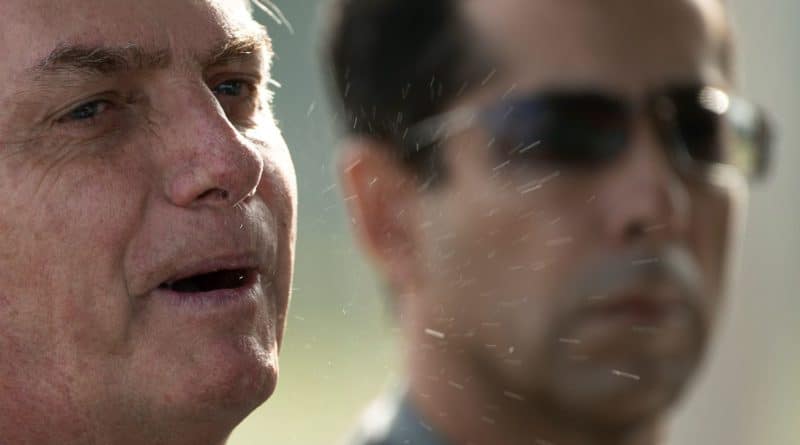 The Brazilian Workers’ Party (PT) filed a complaint against President Jair Bolsonaro before the Inter-American Commission on Human Rights (IACHR) for acting in an “irresponsible and criminal manner” in the face of the new coronavirus.

Signed by the leader of the PT in the Chamber of Deputies, Enio Verri, and the parliamentarian Paulo Pimenta, the document was sent to the executive secretary of the IACHR, Paulo Abrão, as published by the political organization on its official page.

Today Bolsonaro was spoted getting out of his car caravan and hanging out in the middle of the street at a food street vending place, again raising indignation among Brazilians.

Meanwhile Brazil’s Bolsonaro, with the worst #COVIDー19 crisis south of the US is eating street BBQ…now we understand why he is so close to @realDonaldTrump https://t.co/Fa65OLHBbU

They warn that in recent days Bolsonaro has lashed out, without any scientific basis, against the policy of social isolation that governors and mayors adopted in the country to stop Covid-19, reported Prensa Latina.

The parliamentarians list in their report a series of attacks by Bolsonaro on the guidelines of the World Health Organization (WHO) and the ministry of the sector in Brazil to combat the pandemic and insisted that the IACHR should make public its position.

“At this moment of fragility and political, institutional and health crisis, we believe that a declaration of support from the Inter-American Commission on Human Rights would be relevant,” states the brief.

According to Verri and Pimenta, the far-right president adopts “criminal behavior that exposes the physical and mental integrity of the Brazilian population to serious harm.”

As legislators recalled, the president advocates the return of Brazilians to the streets, a call that puts life at greater risk.

“In a different way, against the guidelines of the health authorities and the scientific community, Bolsonaro and some of his acolytes, with the support and / or pressure of unscrupulous businessmen and investors, are waging a real war in an attempt to thwart or sabotage all efforts for the health and life of thousands of Brazilians.”

They pointed out that Bolsonaro minimizes the deadly virus by calling it “the flu” or “the cold,” and in a speech to the nation on March 24 he addressed the economic and financial issue, to the detriment of public health, without worrying about the life of Brazilians.

The controversial assertion by the right-wing president generated a political, health and security crisis for the population. Entities from the medical and scientific community rejected the reckless statement, as well as the leaders of the Brazilian Parliament.