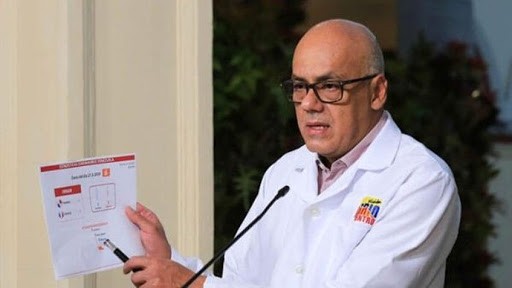 Venezuelan minister for Communication, Jorge Rodríguez this Sunday offered an update of the work carried out by the Presidential Commission for the Prevention, Attention and Control of COVID-19, in which he detailed the detection of 10 new cases of coronavirus in the country, for a total of 129 people infected so far.

From the Miraflores Palace, Rodriguez reported that of the total number of registered cases (129), 87 are still under medical supervision, 39 have recovered and unfortunately 3 have died.

In relation to the deceased, he explained that the most recent case was recorded early this Sunday morning. It was a sixty-year-old who lived in the Antímano parish, the man worked as a taxi driver and had a history of chronic diseases, he arrived with a compromised clinical condition.

RELATED CONTENT: Cruise Ship with Patients on Board Approaches Panama

He also explained that this man had symptoms since February 29. The diagnosis had not been made. He twice went to private hospitals, he was diagnosed with respiratory diseases and was sent back to his home.

Likewise, Jorge Rodríguez referred to the situation of neighboring nations such as Brazil, where “the exponential phase of the curve was already reached.”

RELATED CONTENT: Did the US Military Games Delegation Spread COVID-19 in Wuhan?

Regarding the protocol of the investigation, he said: “We are not only settling for the patients who come with symptoms”, but “we are going out and look for the cases with personalized and expanded screening”, which is carried out by specialized personnel, after people answered the health survey in the Patria system (15,860,765 people have completed the survey).

He also confirmed that the government has “enough kits to diagnose any patient with symptoms. Today we are applying more than 3,000 rapid tests on people (…) we are testing all kinds of people, even when they had mild symptoms.”

Once again Rodríguez highlighted the importance of complying with quarantine in the country.

“Areas where alarms go off,” such as Miranda, Aragua, La Guaira (Central Region of the country), “quarantine is the only mechanism that works to flatten the curve,” said the minister.