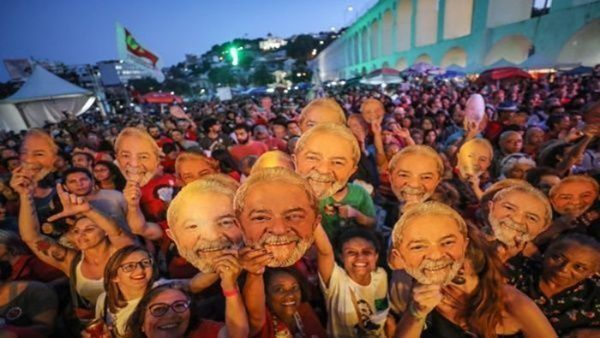 If the measure is approved in favor of Lula da Silva, he could go out to work during the day and sleep in a prison center or in his home if he is granted house arrest.

The Federal Public Ministry of Brazil asked the Superior Court of Justice (STJ) that former President Luiz Inácio Lula da Silva , a prisoner in Curitiba, Parana State in the south of the country, continue to serve his sentence in a semi-open regime .

Deputy attorney general Áurea Lustosa Pierre said that the STJ must discuss whether the former Brazilian president can now move to the semi-open regime , which implies being able to go out to work during the day and sleep in jail, local media reported.

The measure in favor of Lula da Silva is allowed for any prisoner who has served one sixth of his sentence and, according to the Prosecutor’s Office, other aspects are also taken into account, such as good behavior.

The former president of Brazil was convicted in the first instance to nine years and six months in jail in July 2017 on corruption charges, but later the appellate court increased the penalty to 12 years and one month. However, the STJ lowered it to eight years and ten months last April.

RELATED CONTENT: Lula da Silva: “I Will not Exchange my Dignity for my Freedom”

Last month, the defense of the former president (2003-2010) asked the STJ to grant him the open regime after this last reduction of sentence.

If the demand were accepted, Lula could serve the rest of his sentence in a state of parole, which would allow him to leave during the day and only stay the nights and weekends in a prison or even at his home.

If this second penalty is confirmed, it could annul the semi-open regime measure, if the judges grant it.