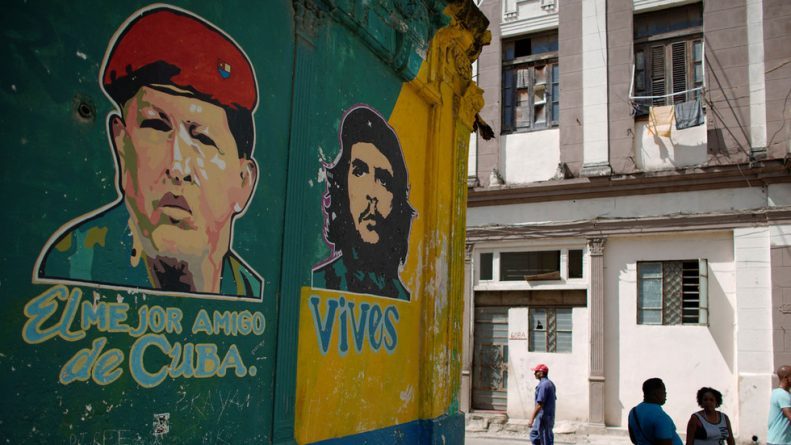 Cuba will have a “part to play” in restoring democracy in Venezuela, the Canadian foreign minister – a supporter of the coup-minded US-backed opposition – has declared after meeting with her Cuban counterpart.

“I think we are seeing an international convergence around the need for a peaceful transition in Venezuela resulting in free and fair elections and the return to democracy,” Canadian Foreign Minister Chrystia Freeland told a Toronto news conference on Friday, adding, “Cuba will have a role to play in this.”

When asked what kind of role she meant, Freeland declined to answer. Her meeting with Cuban Foreign Minister Bruno Rodriguez on Friday followed a failed attempt at mediation between Venezuelan President Nicolas Maduro and opposition leader Juan Guaido in Oslo last month.

“Our objective is really clear… that the people of Venezuela deserve to have their democratic and human rights restored, and the way to do that is free and fair elections,” Freeland said. “I have so much respect for interim president Juan Guaido” for “continuing to stand and fight for their democracy and human rights.”

Despite the best efforts of the US and its anointed “interim president” Guaido, Venezuelans have thus far managed to retain President Nicolas Maduro, re-elected in 2017 in a vote the opposition chose to boycott.

Freeland acknowledged that her Cuban counterpart had “quite a different analysis” of Venezuelan political realities. Havana has been a strong supporter of Maduro, one of the few countries in the Western hemisphere willing to stand up to the US’ foreign policy objectives – and must be punished for that, US Vice President Mike Pence suggested.

Pence has pushed Freeland to play the “good cop” to the US’ “bad cop” regarding Cuba, urging her to apply pressure against what he has termed its “malign influence” on the Venezuelan situation. While the US imposed a sweeping travel ban on Cuba earlier this week, curtailing tourist and private travel to the island after the number of American visitors swelled during the first four months of 2019, and has allowed American firms to sue the country over the use of assets seized during the revolution, there is little else it can do, economically speaking. A near-total embargo on Cuban exports to the US has been in place since 1962, and President Donald Trump has already reversed the tentative steps toward rapprochement begun by his predecessor, Barack Obama.

Trump’s economic warfare against Cuba has antagonized the EU, which slammed the idea of opening the country up to lawsuits as “contrary to international law.” Canada, too, has significant business holdings in Cuba that could be targeted under the newly-activated provision of the Helms-Burton Act. Cuba has said it would gladly reimburse the owners of properties nationalized post-revolution – if the US would reimburse it for the billions of dollars lost to over half a century of punishing embargo.