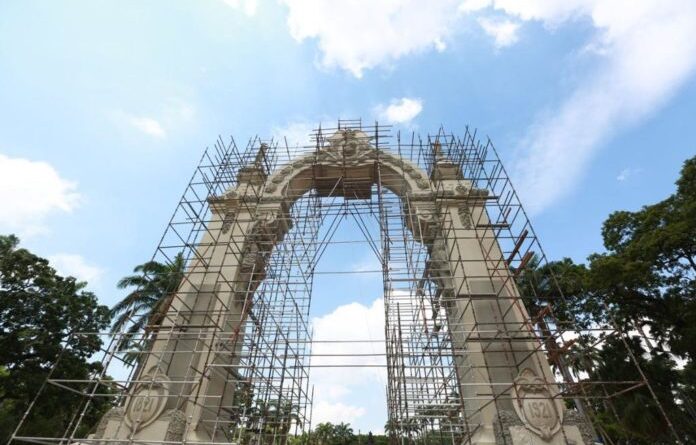 Twenty-two days before the celebration of the 200th anniversary of the Battle of Carabobo, the national government advanced with the activation of historical cultural routes and the inauguration of monuments, as requested by President Nicolás Maduro as part of the emblematic celebration of independence and sovereignty.

The executive Vice President of Venezuela, Delcy Rodríguez, offered details about the supervision session she led in Carabobo state, where she was joined by Governor Rafael Lacava and other authorities who are members of the Presidential Commission in charge of the celebration.

“We have come to review the works that President Nicolás Maduro wanted to deliver to the people of Venezuela,” said Rodríguez, who highlighted the inauguration of routes, and the vehicles that will transport visitors to historical sites throughout the state.

The historical touristic circuit includes, in particular, the Campo de Carabobo (Carabobo battlefield). Daily visits are scheduled for children, adolescents and adults. The Ministry of Tourism has established contact with international tour operators to open the doors for a full bicentennial celebration, added Rodríguez.

“There will be many surprises in the Carabobo field; this day will come,” said the vice president. “The Venezuelan people will participate in reflection, in action, and in commemoration.”

People’s celebration
When announcing the inauguration of the Carabobo Route, Delcy Rodríguez asserted that the Venezuelan people are already captured by the spirit of patriotic commemoration. She evoked the epic that was fought in those lands for the birth, not only of Venezuela, but of five other great Latin American nations: Panama, Colombia, Ecuador, Peru, and Bolivia.

She also commented that today these feats still define the future of the nation, faced with powers that seek to extort and subdue the people of Venezuela.

In the middle of the celebration, the high-ranked official recalled that the people are also preparing to fulfill another constitutional democratic event with the upcoming elections on November 21. She added that on that day “the people will provide another victory to Venezuela’s power.”

At the event, she demonstrated the cultural program and the transport units that will accompany the historical routes to witness and learn about all the bicentennial monuments that will be unveiled in the coming days.

Featured image: Main arch in the Battle of Carabobo field located near the city of Valencia (Carabobo state). Photo courtesy of RedRadioVE.