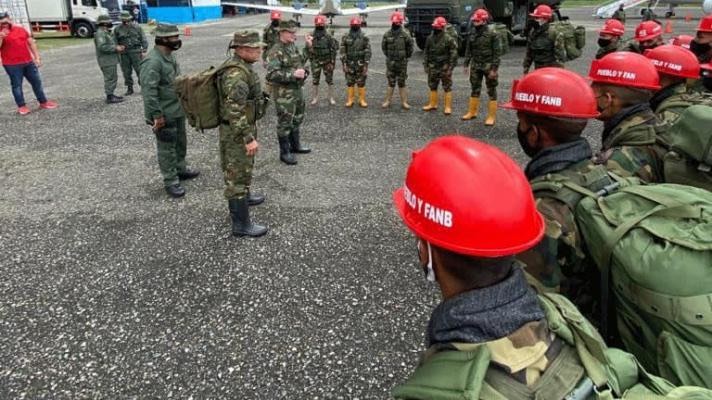 The Bolivarian government of Venezuela has made an extraordinary deployment of its forces to rescue and protect the lives of people affected by torrential rains that have caused damages in 11 states of Venezuela. Special attention has been focused on the state of Mérida, that has suffered tremendously due to overflowing of rivers and streams, floods, and landslides.

After a risk due to climatic contingencies had been detected, and once it had been notified that the government of the state of Mérida (controlled by the opposition) had not supplied the necessary equipment to attend the damaged areas nor for the urgenctly needed clearing the Tovar Electric Substation to restore electricity in the area, President Nicolás Maduro signed an emergency decree that authorized the use of resources in order to “act with the greatest resolution.”

The government has not only ensured the mobilization of public institutions and security and civil protection forces to the Andean territory, but has also negotiated with non-governmental organizations and international agencies that offer food, supplies, medicines and professional teams.

While the national authorities have been hard at work in Mérida, working through a civic-military-police union, some anti-Chavista factions took the natural disaster as an opportunity to spread fake news with the intention of damaging the image of the officials of the Bolivarian National Armed Force of Venezuela (FANB).

On August 29, some media outlets and social media accounts made viral the allegations of Monsignor Luis Enrique Rojas, who, standing in a street, accused the Bolivarian National Guard (GNB) of wanting to “confiscate the humanitarian aid” that the Catholic Church claimed that it was going to distribute in the Tovar municipality.

What really happened was that the clergy had refused to comply with the rules established by the authorities for the delivery of aid in the area, which was to be carried out during the allowed hours of entry (between 5:00 a.m. and 9:00 a.m.), due to the fact that after this time, specifically from 9:00 am to 7:00 pm, GNB authorities were scheduled to be engaged in clearing of the roads.

The anti-Chavista narrative accused GNB officials of violence and an attempt to confiscate the supplies, but the recorded video of the events shows the opposite. On September 2, President Nicolás Maduro sent a message of repudiation of the evident sabotage carried out by a group of Church representatives while the people of a state are facing a contingency that calls for the joint collaboration of all sectors of society.