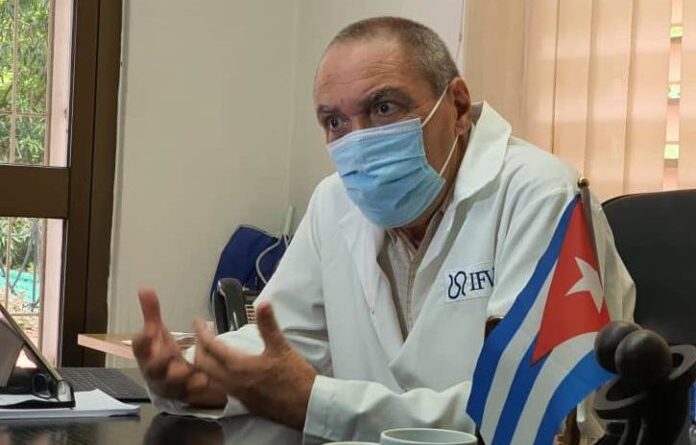 With the arrival of COVID-19, Cuba has had to fight even harder against the cruel US blockade that has prevented humanitarian aid from reaching its territory and which has blocked it from rapid access to raw materials for the development of its own COVID-19 vaccine technology.

Moreover, there is a constant smear campaign with fake news aimed at misinforming and downplaying Cuba’s scientific development which, despite the blockade, has successfully produced vaccines for the Cuban people on a scientific basis.

However, misinformation and the blocking of rapid access to raw materials for vaccine production have not been the only attacks directed at Cuban scientists. Now, some international scientists have used publicly available information about Cuba’s scientific discoveries and have copied them without citing its original source. For this reason, Cuba has denounced the “theft” of its intellectual property.

“We have noticed that our results got published in articles in journals of multinational publications, without even citing us,” decried the director general of the Finlay Vaccine Institute, Vicente Vérez Bencomo. “They [multinational publishing houses] rejected articles by Cubans, and then published similar topics prepared by authors from other countries… There is a barrier that tends to marginalize scientific results coming from poorer countries.”

In this regard, discrimination against Cuban scientific progress in the country’s struggle against COVID-19 is offset by the success of its achievements. In a study conducted by Inna Afinogenova, deputy director of the news channel RT en Español, it was reported that the data provided by Cuba’s Center for Genetic Engineering and Biotechnology (CIGB), which developed the Abdala vaccine, showed that its COVID-19 vaccine efficacy is 92%, similar to that of Sputnik V at 97% and Pfizer’s 95%.

Additionally, the Finlay Vaccine Institute has also verified a 62% effectiveness of its vaccine candidate Soberana 02. Compared to AstraZeneca’s 76% or Sinovac’s 51% at two doses, the efficiency of Soberana 02 may be greater after completion of its three-dose protocol.

Verena Muzio, research director at the Center for Genetic Engineering and Biotechnology (CIGB), pointed out that “to develop a vaccine, in a context like the one experienced by our country, blockaded for more than 60 years now, is an extraordinary challenge that without a doubt imposes on us an imperative to look for alternatives so that we can overcome these difficulties.”