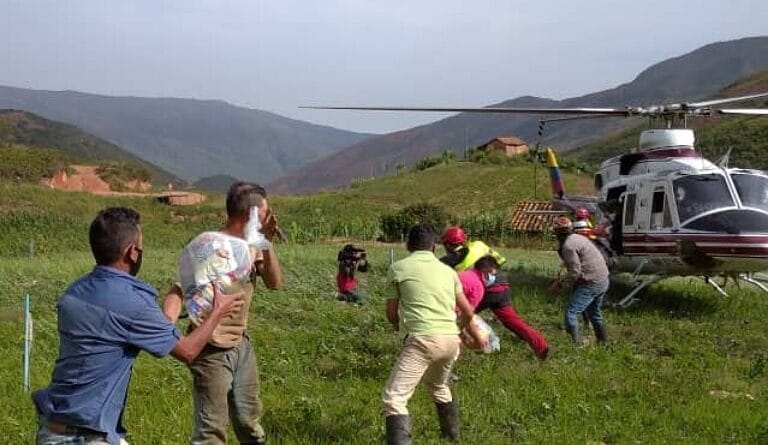 On Saturday, August 28, an air corridor was established between the Tactical Air Base of the Bolivarian National Armed Force (FANB) in El Vigía and the locality of Pueblo Nuevo del Sur, specifically the village of Quirorá, in Mérida state that has been severely affected by heavy rains and resulting landslides. The Venezuelan government established the corridor to assist the communities of Mérida affected by the rains.

This measure provided the people of the area with medical assistance, vaccination, food deliveries and inspections of buildings affected by the rains.

Additionally, a local woman with a knee injury was given primary treatment and was later transferred to the Hugo Chávez University Hospital.

Quirorá’s rural roads have been washed away by the torrential rains, and the community has been cut off. Unfortunately, four lives have been lost in the village as a result of the natural disaster.

Social assistance
The government institutions in charge of social assistance have been authorized to provide for the affected families as part of the emergency decree issued by President Nicolás Maduro.

Roberto Naranjo, deputy manager of Nevado Gas, has informed that a cistern with more than 38,000 liters of liquefied gas is ready and available for the severely affected Mocotíes Valley area of Mérida, in addition to a mobile supply station.

This will be able to supply 2,000 liters of gas, on a daily basis, to the affected families. Naranjo added that the service will be totally free of charge.

More than 1,000 families in San Francisco de Tovar sector have already been aided by the state companies Nevado Gas and PDVSA Gas, which have supplied affected families with domestic gas cylinders.

Moreover, Mérida State Fire Department officials have helped 60 families of Loma Larga village, in the Peñón Tovar sector, by delivering food kits, as this community is also currently cut off.

Food kits were also delivered at Quebrada Blanca in the Amparo sector. 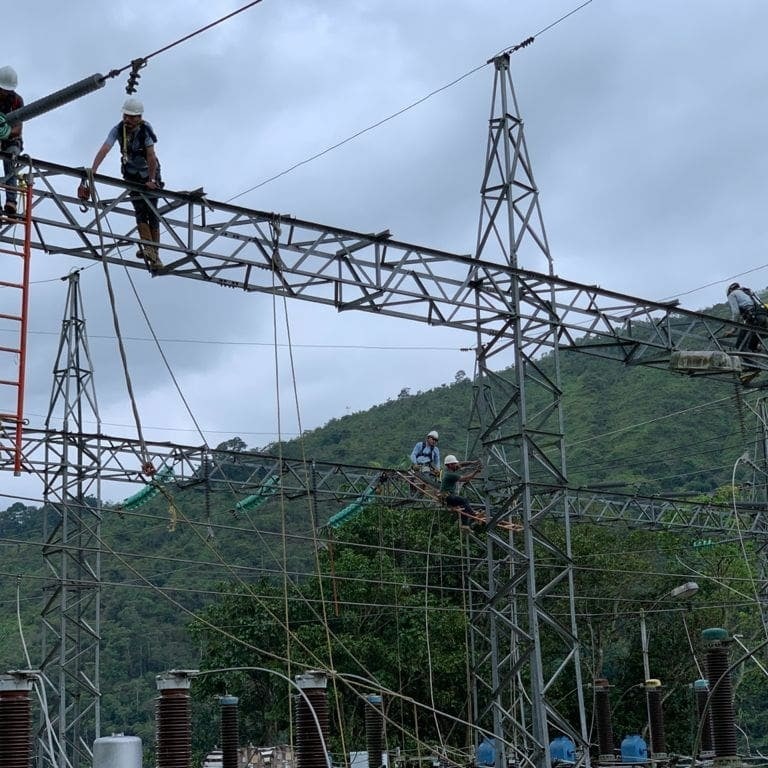 Electricity services has also been partially restored in the state.

Featured image: Supplies being unloaded from a helicopter as part of the airlift corridor in Mérida state. Photo: Últimas Noticias