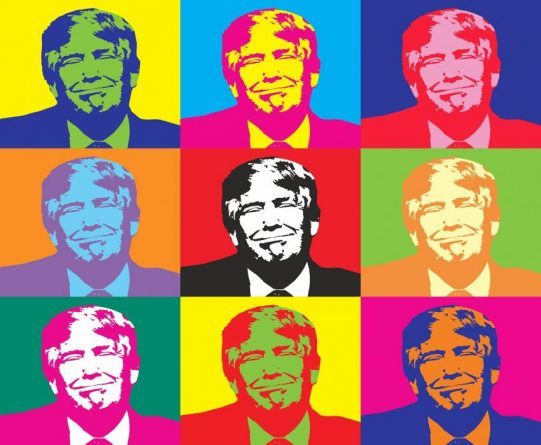 No matter how reprehensible one considers former US president Bill Clinton’s actions to have been in the Monica Lewinsky case, they dwarf in comparison to the actions of Donald Trump. The Republicans impeached Clinton and then moved to remove him from office. Hasn’t Pelosi heard of tit for tat?

Similarly, Mitch McConnell, Republican leader of the Senate, has stated that if a Supreme Court vacancy occurs in 2020, the Republicans would fill it — the exact opposite of what the party did in 2016, with the argument that regardless of who former president Barack Obama chose to fill the court’s vacancy, let voters decide at the polls — thus leaving the court with only eight justices and without the possibility of breaking a tie.

Why didn’t the Democrats mobilize the public against such an outrageous manoeuvre? With such double standards, why don’t they call McConnell out for what he is: a hypocrite.

Why is the “consensus” mantra for Democratic centrists from Obama to former vice president Joe Biden always the same even though it proves to be so disastrous?

RELATED CONTENT: The Rising Tide of Socialism and the 15th Anniversary of the PSL’s Founding

Impeachment procedures would harden the position of the Democratic Party toward the Republicans and place on centre stage those Democrats like Alexandria Ocasio-Cortez (AOC), who defend principled positions and oppose the strategy of consensus with the Republican Party at all costs.

A similar move to the left and polarization would have occurred in 2009, had the recently elected president Obama accused Dick Cheney, Donald Rumsfeld and company of crimes against humanity for the torture that they permitted, if not ordered, in the case of black site prisons throughout the world.

Similarly, after the Democrats came back in 2006 and public opinion turned against George W Bush’s war in Iraq, Pelosi — then recently elected Speaker of the House — ruled out impeachment procedures against the President.

In considering Pelosi’s position on impeachment, one has to imagine what people looking back on the Trump administration ten or more years from now will think. They will ask: Was there no moral outrage in the US in response to what Trump has done and said? Why wasn’t there a complete repudiation of Trump and everything he stands for from US citizens and the US establishment?

What are the Democratic centrists afraid of? They foresee a scenario in which a mobilized public would give rise to a left-wing pole within or outside of the party.

Moving the Democratic Party to the left would dry up funding from powerful economic groups amounting to hundreds of millions of dollars. Eventually it would pull the rug out from under the centrists.

All this is not idle speculation. Pelosi’s decision to oppose impeachment proceedings has a definite explanation and it has to do with the fear of the rise of a leftist pole, be it within the Democratic Party or from without (most likely the latter).

Pelosi did not get to where she is without being shrewd and calculating. The fact is that these scenarios are not long-term future possibilities. The rise of Bernie Sanders and Alexandra Ocasio-Cortez (AOC) represents a major threat to the Democratic Party centrists.

Regardless of the ideological mindset of US voters, the issues that the Sanders-AOC bloc raises have for a long time represented their beliefs and aspirations. There is every indication that the end-result of the rise of Sanders and AOC will be the emergence of a new left party that would put an end to the US’s two-party system.

The fact that Bernie Sanders won Democratic Party primaries in 2016 in states where independents can vote in primaries is telling. AOC, for her part, lacks influence in the leadership of the Democratic Party, but she speaks to the aspirations of ordinary US voters both in and out of the party.

To sum up, the issue playing out within the Democratic Party regarding Trump’s impeachment has far-reaching implications, which Nancy Pelosi is fully aware of.