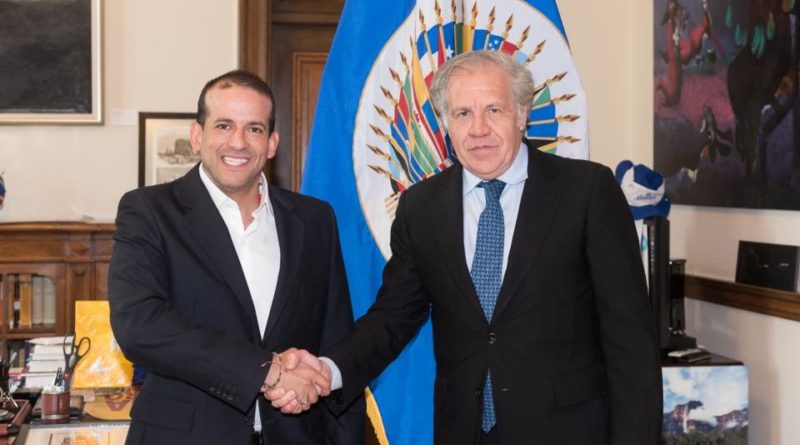 Washington, DC (June 17, 2020) ― It is unfortunate that Organization of American States (OAS) Secretary-General Luis Almagro is resorting to name-calling and ad hominem attacks instead of working with researchers, statisticians, and other scholars to determine what happened in Bolivia’s October 2019 general elections and to correct the OAS’ previous statements and publications that created, and promoted, a false narrative that the election results were fraudulent.

In a 3,200-word press release, Secretary-General Almagro makes a number of absurd allegations about CEPR, The New York Times (attacking their reporting as far back as 1931), and various scholars at universities whose research and analysis has shown that many of the OAS’ claims about the Bolivian elections are not based on evidence.

“It has now become clear that the narrative promoted by the OAS since the day after the election (October 20) — that it was fraudulent — was a false narrative, and without evidence,” said economist Mark Weisbrot, Co-Director of the Center for Economic and Policy Research. “For Almagro to lash out so uncontrollably at all the researchers and media outlets, including The New York Times, who have reported this reality, does not help his cause.”

Mr. Almagro’s attacks follow a New York Times article on June 7 reporting that the OAS’ claims of fraud in the October 2019 general elections “relied on incorrect data and inappropriate statistical techniques.” They also follow CEPR’s publication, in Spanish, of an 89-page report examining the OAS’s Final Report on its audit of Bolivia’s 2019 elections. This CEPR report was covered in numerous Latin American media outlets, including a write-up in the prominent Bolivian newspaper La Razón, and has been shared and discussed extensively on social media over the past several days. This report shows that the last arguments the OAS is clinging to, in order to defend its initial false claims that the elections were fraudulent, are not supported by the evidence.

The OAS’ Final Report identifies many real problems with the management of the elections that should be addressed. However, despite claims to the contrary, it does not provide any evidence that those irregularities altered the outcome of the election, or were part of an actual attempt to do so.

For example, OAS Director of Electoral Cooperation and Observation Gerardo de Icaza is quoted in the New York Times article referring to “hidden I.T. structures” as evidence that the elections were tainted by fraud. CEPR’s report notes that Ethical Hacking, the audit company whose analysis the OAS Final Report features prominently, investigated the “unauthorized” server which was the subject of an alert and determined that no data had been altered or manipulated. The alert occurred just before the suspension of the preliminary vote count. These basic facts are not mentioned in the OAS Final Report.

De Icaza also refers to “falsified statements of polls.” The OAS press release states “there were tally sheets that were (1) pre-filled, (2) forged, (3) adulterated, and (4) modified,” and “226 tally sheets were to have [sic] serious irregularities.” CEPR’s report examined these claims also, and noted:

the [OAS’] Final Report does not find that the same person filled out all 226 tally sheets. No single individual is alleged to have partially filled out more than seven tally sheets. Nor does the fact that an individual filled out more than one tally sheet indicate that any election rules were violated. According to Article 49 of the Rules of the Election and the official guides issued by the TSE, it is only the signatures that are required from the electoral workers and party delegates.

Further, CEPR notes that “in rural areas and smaller voting centers, it is not uncommon for one person to assist with the tally sheets. This may be especially common where illiteracy rates are high or where a large percentage of the population does not speak Spanish,” and, “Based on comparisons with previous election results and with non-‘irregular’ tally sheets within the same voting centers or nearby areas, it is clear that there is nothing systematically abnormal about the results that appear on these ‘irregular’ tally sheets.” Further, the “irregular” tally sheets have statistically identical behavior to the legitimate ones.

The OAS has changed its line of attack as more analyses have been published agreeing with CEPR’s initial conclusions on October 22 that there was no evidence that there was a “drastic” and “inexplicable” change in the trend of the vote count following an interruption of the transmission of the election results, as the OAS had claimed. In the month after Bolivia’s elections, the OAS published two press releases, one preliminary report, and one preliminary audit on the election all disparaging the election results by expressing “deep concern and surprise” at this supposed change in the vote trend.

As the New York Times noted in the article attacked by Almagro, the OAS claims from the day after the vote “fueled a chain of events that changed the South American nation’s history. The opposition seized on the claim to escalate protests, gather international support, and push Mr. Morales from power with military support weeks later.”

Now that these claims have been refuted by The New York Times, professors at Tulane and University of Pennsylvania, researchers at MIT’s Election Data and Science Lab (and their post at the Washington Post site), 133 economists and statisticians, a study by a University of Michigan statistician, and several reports published by CEPR, the OAS has shifted its arguments and has stooped to name-calling and absurd attacks on the credibility of these researchers and journalists.

CEPR has a track record of analyzing election results going back over 15 years, including elections in Haiti, Honduras, Mexico, and Venezuela, as well as Bolivia. Our work has been used by the Carter Center and other electoral researchers, and cited widely in the media.

Our analysis of Honduras’ 2017 elections generally was in agreement with the OAS, though its statistical analysis of that vote also failed to look at appropriately refined geographic data. Our analysis of Haiti’s 2010 elections and Bolivia’s 2019 elections differed sharply with the OAS’ conclusions, and we were critical of the OAS’ political role and interventions that helped to effectively nullify the election results in both those elections. There was little coverage of the OAS intervention in Haiti at the time, but now, the OAS audit of that vote has been recognized by the International Foundation for Electoral Systems (IFES) as deeply problematic due its “statistically flawed methodology.”

It seems clear that the OAS cannot be neutral and independent under its current secretary-general. This latest statement is very worrying as Bolivia prepares for upcoming elections, with the OAS again in an official observer role, and as officials in Bolivia’s de facto electoral authorities have prepared criminal complaints, under threat from the attorney general, against officials from the previous electoral authority because of alleged “fraud” that has no basis in evidence that anyone has been able to present.