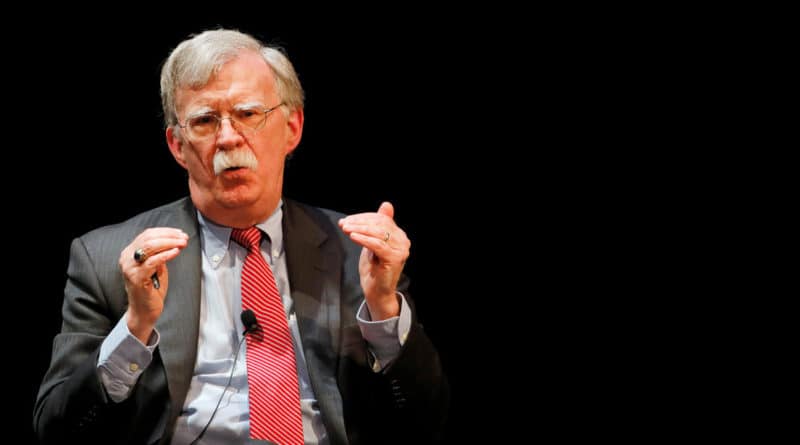 John Bolton, a US diplomat and former US national security adviser to President Donald Trump, revealed that for Trump, the opposition deputy Juan Guaidó seemed “weak” and a “child” compared to President Nicolás Maduro. “Although Trump approved the proposal to declare that the United States recognized Guaidó instead of Maduro, 30 hours later Trump was concerned that Guaidó seemed weak – a ‘child’ compared to the ‘hard’ Maduro – and was considering a change of course,” Bolton wrote in the book he plans to publish which will reveal deep secrets from the US imperial court.

Bolton claimed that Trump was always inconsistent and skeptical about supporting Juan Guaidó. The former security adviser portrays the president as undecided regarding his support for the interim government.

According to the reports, Trump would have proposed using military force against Venezuela and assured that “invading Venezuela would be cool.” According to Bolton, Trump said that “Venezuela was already part of the United States.”

RELATED CONTENT: “Maduro Will be Around for a While”: Anti-Chavista Luis Vicente León Interviewed by Vladimir Villegas

The book titled “The Room Where It Happened: A White House Memoir” will offer a portrait of his days in the White House and the way President Trump made decisions.

After these revelations, the Venezuelan ambassador to the UN, Samuel Moncada, declared that Bolton’s book proves “the genocidal character of the annexation plan of Washington.” Trump believes that invading Venezuela is a good idea because ‘it belongs to the United States.’ This is what all racists have been thinking for two centuries,” Moncada said.

The Venezuelan President, Nicolás Maduro, also made reference to the book and asserted that “the truths that we have defeated are being revealed and that we will continue defeating with nobility, morality and patriotism.”

The book in question is scheduled to go on sale on June 23.

The White House sues Bolton
The government of the President of the United States, Donald Trump, sued Bolton to prevent his memoir from going to books stores, arguing that it reveals confidential information that may endanger the national security of the country.

The lawsuit “United States of America against John Bolton”, filed in federal court in Washington, seeks to prevent the expected book by the former Trump adviser from reaching bookstores when it is scheduled for June 23.

According to Bolton editors at Simon & Schuster, the book will reveal that Trump committed “Ukraine-like violations” in other aspects of his foreign policy, referring to the president’s pressure on Kiev to interfere in the US election, the issue that motivated his frustrated impeachment.

“This is the book that Donald Trump does not want you to read,” the publisher proclaimed in a statement last week.