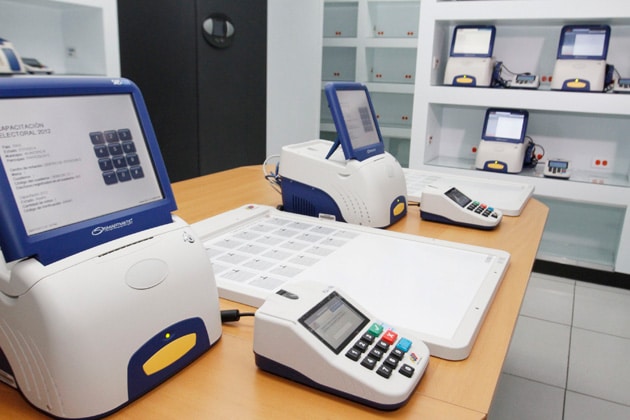 Venezuelan Chancellor, Jorge Arreaza, highlighted this Monday the importance of various organizations in the world knowing and confirming how reliable the Venezuelan electoral system is, and that is why the government of President Nicolas Maduro sent invitations to the United Nations and the European Union to the parliamentary elections of December 6, not only as companions but as international observers.
“We have a secure, transparent, reliable electoral system that reflects the will of the people of Venezuela, it is inviolable, it has more than 14 audits in its process, and we have a full democracy,” Arreaza said in a television interview, commenting that “just as we have done it this time and in 2018, and in all previous elections, we invite the world to observe the electoral process, and especially the United Nations, which has always wanted to help Venezuela in the processes of aggression; but also the European Union, whose members have had critical positions and differences with us.

In recent months the US electoral system itself has been shadowed by accusations from Donald Trump about the chances of fraud using a voting by mail option and a few days ago the White House occupant invited people to vote twice. In Venezuela, since 2011 a fingerprint scanning system connected to the CNE database eradicated at the root the chances of double voting or voting multiple times, a very common illegal electoral practice in other latitudes.

RELATED CONTENT: Juan Carlos Monedero: What is the European Union Doing Holding Guaido’s Pathetic Corpse?
Regarding US sanctions, the chancellor said that they have caused a lot of pain, disease and suffering of the people. “It is a criminal persecution that is underway against Venezuela, and the Venezuelan people have shown signs of conscience, patriotism and courage to face it and move forward,” said Arreaza.
Regarding the impact that the blockade has had on the country’s economy, he said that because the oil industry cannot import what it needs and cannot produce as it should, national income is affected, because the export of oil and other products from our national market are forbidden to be exported, as well as the production of so many things that have not been possible to produce due to the same illegal restrictions.
Minister Arreaza said that the impact of the blockade in these moments of pandemic must exceed 200 billion dollars. “It is really serious, it is cruel, it is criminal and it has a fundamentally human impact which is seen when the people do not find products, inputs, which seeks to generate discontent and provoke political changes at the will of Washington.”

RELATED CONTENT: President Maduro Launched the Simon Bolivar Institute for Peace and Solidarity Among Peoples (Video)
The foreign minister stressed that thanks to the solidarity of international allies, the country “has been able to carry out the minimum economic processes to be able to withstand US sanctions and move forward with our destiny.”
“Commander Chávez diversified Venezuela’s relations, we stopped being a colony of the United States with the Bolivarian revolution, and we have great allies, China, Russia, Iran, Turkey, our friends from Latin America and the Caribbean,” he said, highlighting that “they are countries with different ideologies, but they respect the United Nations Charter, the sovereignty of the people of Venezuela, of the peoples of the world, non-interference, and they oppose such restrictive, illegal measures, wrongly known as sanctions.”
“Without the support of these governments, of these countries, the Venezuelan economic situation would be much more compromised and we would be in greater difficulties as a people,” Arreaza said, commenting that “the ships that came with gasoline from Iran are a proof of what these alliances with independent sovereign countries represent.”

Featured image: Venezuela has one of the most robust electoral systems in the world. File image.