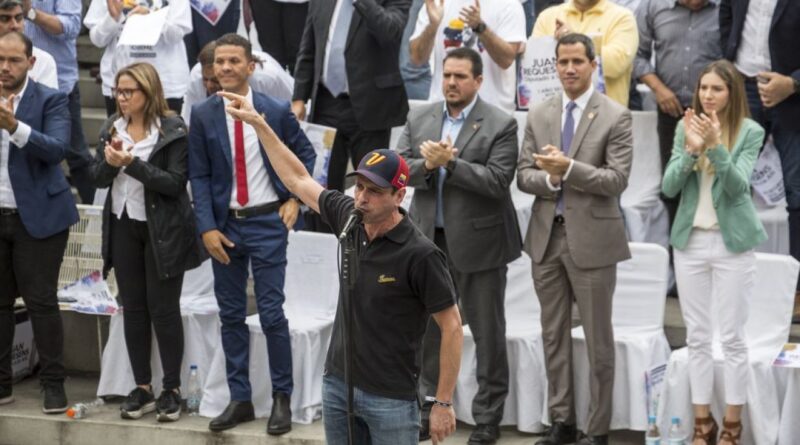 The Venezuelan opposition leader Henrique Capriles Radonski issued a statement through his Twitter account where he explains the reasons why he is supporting the electoral route against the abstentionism promoted by the self-proclaimed Juan Guaidó.

In the statement, Capriles explains to his followers that “it is about fighting to achieve conditions that allow us to express ourselves freely through that sacred right that we have, which is the vote,” while asking other political factions to do what the people need and not what some opinion trends dictate.

In the letter Capriles Radonski stressed that “if the EU decides to accept the invitation and come as observers with its rigorous monitoring protocol of electoral conditions, a new political scenario would begin to rescue the confidence of Venezuelans in the electoral route.”

Capriles added, “we have decided to move forward, when apparently no one else is willing to take the risk involved in re-configuring the board for the ‘regime’ and having them confront what we believe may be a political defeat for them.”

He clarified that this defeat does not necessarily refer to how many seats the opposition obtains in the National Assembly, but “to a defeat that puts a brake on the totalitarian intentions of the regime.”

“We know that the electoral course should be in any democratic solution that we seek. And to achieve this we have to be protagonists of change, not spectators of the collapse of the country, while we wait for ‘something’ to happen,” he added in the letter.