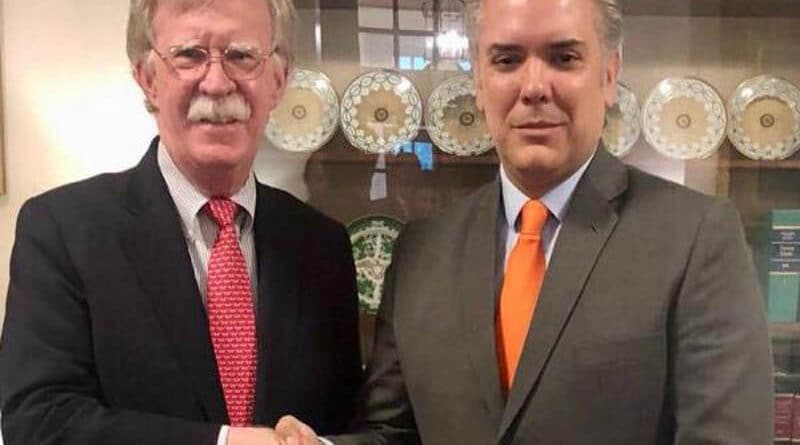 “We sent a verbal note of protest to the Colombian Foreign Ministry, but we have received no response. What was done at our consular headquarters was not a robbery, it was a dismantling with fraud and ferocity,” the Venezuelan Minister for Foreign Affairs, Jorge Arreaza, said on Wednesday during an interview with the WRadio station in Colombia about the vandalism against the Venezuelan consular headquarters in the city of Bogotá.

He stated that the Consulate is an example of the state of the bilateral relationship and in this sense, the government of the Bolivarian Republic of Venezuela has not closed the doors for dialogue, “if I receive a letter from Colombia to establish relations at some level, we as a brother nation are ready for dialogue.”

Arreaza emphasized that the corresponding complaint will be made before the Secretary General of the United Nations (UN), António Guterres, as these acts of vandalism do not comply with the provisions of the Vienna Convention.

He pointed out that in Colombia, the Venezuelan issue is already a compulsive obsession, because every time Latin America is talked about, Venezuela has to be criticized, and even so “President Nicolás Maduro offered to resume consular relations with Colombia, since control is necessary in order to avoid the irregular passage of Venezuelan migrants through Covid-19.”

During the interview offered to the WRadio station in Colombia, the Foreign Minister added that the country has suffered thousands of aggressions at the hands of US imperialism and its satellite governments, however national dialogue in the country has always been the best choice.

“President Nicolás Maduro has met with the Venezuelan opposition this year. If a delegation from Norway comes they will be welcome. The government led by Nicolás Maduro has broken the historical record for calls for dialogue. The extreme opposition should be asked if they want to dialogue, and if they can do so in the face of external interests.”

He expressed that “only with the solidarity of the peoples will we succeed in defeating imperialism, this is a multidimensional war. We must be aware of solidarity with the peoples who fight for respect for the right to live in peace.”