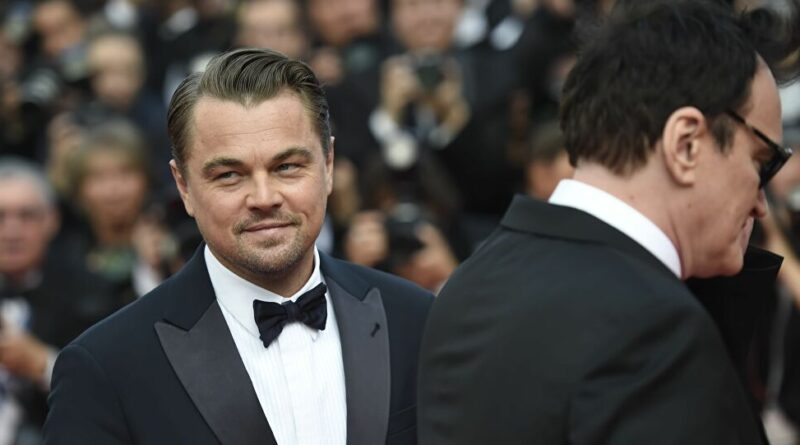 The President of Venezuela, Nicolás Maduro, had warned about it. In a national TV broadcast, he warned that the person responsible for managing the multidimensional aggression against the South American country, Elliott Abrams, would finance “a campaign by all media, radio, television, social networks, against Venezuela and the Bolivarian Revolution.”

To advance this end, Abrams would use media such as AP (The Associated Press), Bloomberg, Euronews and, in addition, “a group of mercenaries on social networks that have portals and accounts so that they are all day at rumors and campaigns,” Maduro pointed out.

Evidence that this attack not only is occurring but raises the stakes, by recruiting world-class media figures.

The American actor Leonardo DiCaprio published on his Instagram account that Venezuelans were going through, in addition to an economic crisis, a “water crisis”. He quoted the Venezuelan Public Services Observatory and, using AP photographs, wrote that 86% of Venezuelans considered that the drinking water service was unreliable.

From @apnews: Venezuela’s economic collapse has left most homes without reliable running water.⁠ Venezuela’s water crisis is nothing new, but it’s started driving residents to extraordinary measures — banding together to rig their own water systems and even hand dig shallow wells at home. Water today is even more important as a way to protect against the pandemic.⁠ An estimated 86% of Venezuelans reported unreliable water service, including 11% who have none at all, according to an April survey of 4,500 residents by the non-profit Venezuelan Observatory of Public Services.⁠ Click the link in @apnews to read more. ⁠ #APPhotos Ariana Cubillos @aricub and Matias Delacroix @matiasdelacroix⁠

As early as January of this year, DiCaprio had spoken of Venezuela. On that occasion, he posted a photograph of indigenous Venezuelans, and placed the NGO Wataniba on the media agenda, who promote themselves as a socio-environmental organization that, in DiCaprio’s words, protects the forest, cartography and addresses threats such as gold mining.

However, they are also proactive operators of the Venezuelan opposition, as reflected in the Twitter account of the organization’s operational director, Luis Jesús Bello, who places special emphasis on positioning the idea of “Venezuelan blood gold” as a new strategy. to accuse Nicolás Maduro’s Administration of crimes against humanity.

“He lacks street to talk about Venezuela”
It is not the first time that a character from the so-called entertainment industry negatively points to Venezuela in the current political context. However, this time, the accent is made by a figure who is recognized for his environmental activism, a cloak quite conducive to masking the geopolitical dimension that his posts “of conscience” promote.

Fidel Barbarito , director of the chair of popular cultures at the University of the Arts of Venezuela, considers that the civilizing model of modernity is in decline and is being severely judged throughout the planet.

Therefore, Barbarito believes that “the ruling class, not having an efficient political class, in times of crisis like this, appeal to subjects like DiCaprio with whom to refresh the hoaxes with which they hope to prolong their own agony.”

“DiCaprio is the typical bourgeois socialist – using a category by Christopher Caudwell – who may be familiar with a certain thought that manages to criticize modern society so gradually that, despite desiring certain changes, he ends up slapping in the void.”

The professor reflects that DiCaprio’s behavior is not something “new” for the work of this class of artists, who are in a light-hearted search to “seek rewards that allow them to gain recognition from the world of “the real.”

For DiCaprio, says Barbarito, it is the same “to recite the script of a film as to give statements about the problems of water in the world or in the third world or in Venezuela. We already know that one cannot speak of a reality that is not known” He adds that DiCaprio —and artists of his type— “lack street to talk about Venezuela, they express generalities that have more to do with their desire and self-realization than with the struggle of the Venezuelan people. The bourgeois instinct fails them and their isolated thinking – in his private liberty – he shows it. ”

The problem is the development model
DiCaprio’s role is to serve as a mere resonator of a media policy that transcends him. If this were not so, it would focus its energies on making a severe review not of the climate, but of the economic and political system that has pushed the planet to the limit of its capabilities. Promote the change of the civilizational model, not the climate, as the Venezuelan political leader Hugo Chávez said at the XV United Nations Summit on Climate Change held in Copenhagen, Denmark, in 2009.

Juan José Peña, expert in Environmental Management, joins the dialogue in Sputnik, to account for this water crisis in Venezuela positioned by the AP agency and Leonardo DiCaprio.

“When we look at how news agencies like the New York Times, Al Jazeera, BBC News and others review the situation of the potable water service in Venezuela, we note that its editors do not frame it in the global context.”

It seems, he says, that Venezuela is the only country with this type of problem, despite the fact that in the world there are more than 785 million people without access to drinking water, that every two minutes a child dies from diseases associated with the consumption of water, or that freshwater sources are becoming scarcer and that the largest reserves are in South America.

“None of this is news, but they seek to capture the public’s attention by reviewing Venezuela,” says Peña.

The environmental specialist states that according to the results of the National Census carried out in 2011, in Venezuela, about 85% of the population has access to drinking water distribution networks, which contradicts the figure given by the AP.

“The rest of the population is supplied by tank trucks, public batteries, wells, springs, jagüeyes, rivers, lakes and other natural sources. On the other hand, the State is obliged to protect water sources and make them available for human development, not for the enrichment of businessmen as it could happen in other countries. Therefore, according to article 304 of the Constitution of the Republic, all waters are assets of the nation’s public domain,” he points out.

In Peña’s opinion, the case of access to drinking water in Venezuela is completely linked to the growth of poverty in the early 20th century, as a result of the start of oil exploitation in the country, a phenomenon that imposed its own logics of social discrimination.

“In urban areas, people were displaced to vertical terrain without any type of planning. In these spaces, the so-called barrios were formed. There the same people improvised the installation of all public services and as they consolidated, public and private institutions, responsible for the provision of public services, were penetrating.”

This situation, in the opinion of the specialist, caused that in addition to the marginalization of large population masses, the natural environment of Caracas was completely transformed, where “a building was valued more than a tree.” It gives us a little-known fact.

“In Caracas, for example, several lagoons were dried up when the construction of the Nueva Caracas project was attempted in the 1930s. In the Caracas urbanization process, water sources were hidden, rivers were packed, and others were contaminated by incorporating them in the drainage system, the Catia, Los Chorros and other lagoons were dried. At the same time, an industry that consumes huge amounts of water was installed. Therefore, in the industrial sector of Los Ruices, located next to the well-known Petare neighborhood, the factories of Coca Cola, Refrescos Hit and Cervecerías Polar coexist,” says Peña.

From Peña’s perspective, statements like those of AP and DiCaprio are half-truths that seek to capitalize on a phenomenon that is real, but that is nevertheless poorly focused.

“Between the marginalization of the population, the urbanization and industrialization imposed by the capitalist world, it is very difficult to guarantee the supply of drinking water. No country in the world escapes this situation. It cannot be hidden that there are problems with the supply of drinking water in the slums of the urban areas of Venezuela, and that this makes many people suffer. But solutions will not be found if only management deficiencies are used and the essence of the problem is hidden: the style of development,” he highlights.

Even though he emphasizes that the Venezuelan government must by all means and without bureaucratic excuses “increase their capacity to administer and guarantee public services,” Peña points out that it is no less true that the Venezuelan people “do not want their services, the cheapest of the world, by the way, be privatized. This way of being of the Venezuelan and his wishes contrast with the way that international agencies assess their reality.”