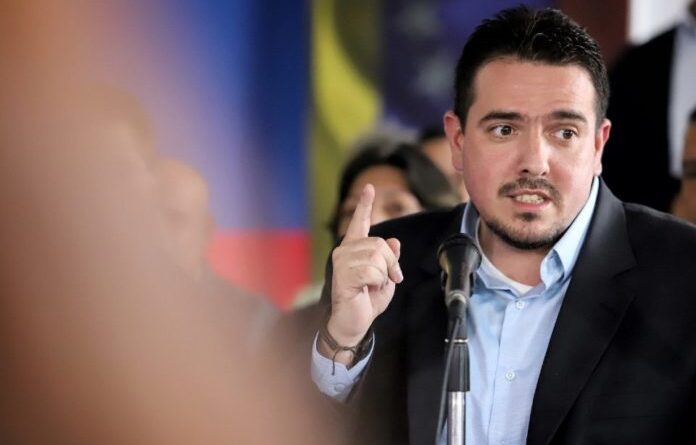 Stalin González, spokesman of the Venezuelan far-right, confirmed that he will be present in the dialogue process between representatives of the Bolivarian government and sectors of Venezuela’s extreme right opposition, who will meet in Mexico under the auspices of governments such as Norway.

González expressed this through a series of posts on his Twitter account. In these posts, he stated the importance of joining the democratic route of the regional elections scheduled for November 21 to elect governors, mayors, and members of state legislative councils and city councils.

In this regard, he stated that “seeking solutions to the crisis that our country is experiencing is a necessity that is above all else. The best way is to work through all the constitutional mechanisms. We are going to Mexico to fight for spaces of democracy so that Venezuelans can choose our destiny.”

In another publication, Stalin González stated that the November 21 elections involve more than one election. For this reason, the opposition groups see the mega-elections as an opportunity to promote the participation of all sectors to recover lost political spaces.

Electoral route
With this position, González confirms his decision to abide by the electoral schedule established by the National Electoral Council (CNE). This has also been stated by other opposition sectors that recognize the guarantees presented by the recently appointed new electoral authorities, which resulted from the first stage of the dialogue.

From before the parliamentary elections last year to now, the opposition shows a radical change in its conviction to bow to the democratic path. In addition, it directly admitted the failure of the irrational methods that tried to bring about what they call “regime change.”

In this sense, the right wing, which remains divided, has confirmed its participation in the regional and local elections in November. However, the most radical wing, headed by former deputy Juan Guaidó, maintains its call for abstention and to ignore legitimate government authorities, with a base that continues shrinking everyday.

Meanwhile, President Nicolás Maduro has reiterated the conditions that the Venezuelan government established to sit at the negotiating table. The extreme right has to stop asking for sanctions against the country, and has to return the money and the assets that have been stolen from the nation with the complicity of foreign governments.