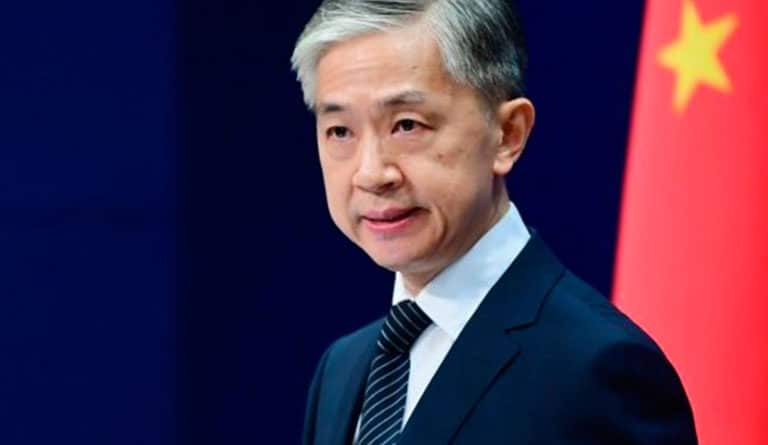 Wang made the remarks when asked about Thursday’s US airstrikes against infrastructure in Syria.

The United States bombed several positions, and a shipment of weapons from pro-Iranian Iraqi anti-terrorist militias in eastern Syria, where various sources have reported the death of 22 combatants, according to new agency EFE.

The action, highly criticized by the Damascus Executive, targeted positions of Iraq’s Popular Mobilization Forces and of Kata’ib Hezbollah, as well as an arms shipment that had just crossed the border from Iraq in the province of Deir al Zur, in the eastern Syria, reported the Syrian Observatory for Human Rights.

According to the Pentagon, the bombing, “proportionate” and “defensive,” was a response to recent attacks against US troops and the international coalition in Iraq, where these actions increased since Washington’s January 2020 assassination of revered Iranian Commander Qasem Soleimaní and Iraqi Commander Abu Mahdi al-Muhandis in Baghdad.

Moscow condemned the US attack on Deir al Zur, as did Damascus through a statement from its foreign affairs ministry released by the official Syrian news agency SANA.

“Syria condemns in the strongest terms the US aggression against its sovereignty, which goes against international laws and the UN charter… and warns that this aggression will have consequences,” read Syria’s statement.

Syria also asked the United States to change its “aggressive strategy” against the Arab country, and to stop violating its sovereignty and “supporting armed terrorist” groups that attack Syria, its people and its infrastructure.

The attack, the first ordered by the new US president, comes after Biden formally offered to return to the negotiating table with Iran to rescue the nuclear deal that his predecessor, Donald Trump, withdrew from over three years ago.