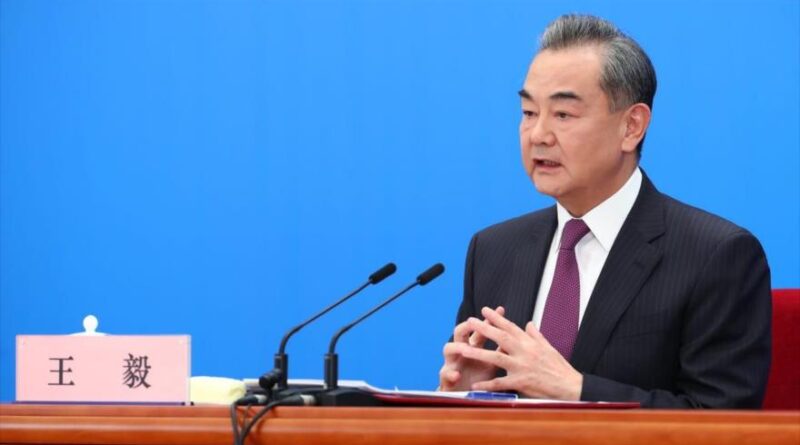 China rejects attempts by the West to set its own standards as “universal” in the world, and asserts that 12% of the world’s people cannot decide for everyone.

“Some people in the US have repeatedly expressed their desire to strengthen ‘a rules-based international order.’ But the question is what are the rules, who established them, ” Chinese Foreign Minister Wang Yi questioned on Friday, April 23, during a videoconference with representatives of the US Council on Foreign Relations.

In his statement, Wang pointed out that Western countries that are seeking to set standards for the entire world comprise only 12% of the world’s population.

The top Chinese diplomat emphasized the need for countries to act within the framework of a world order based on international law, as the Asian giant is already doing.

Ironically pointing out that “democracy is not Coca-Cola, which promises the same taste everywhere in the world,” the Chinese top diplomat urged Washington to respect the path and system independently chosen by China.

In the same vein, he denounced US interference in China’s internal affairs “under the slogan of democracy and the protection of human rights.”

In fact, he called on Washington to adhere to the one-China principle when addressing Taiwan’s separatist ambitions, to stop meddling in Hong Kong affairs, and to stop fabricating lies about alleged human rights violations in Xinjiang.

In the opinion of the head of Chinese diplomacy, tensions between the world’s two leading economies will not abate if the United States does not accept the “peaceful rise” of China and does not recognize that Beijing “also has the right to seek development and a better life.”

In addition to the cases mentioned by Wang, the US and China have hot spots on issues such as trade, cybersecurity and technology.

Beijing considers that Washington is using its financial and military powers to pressure other countries, and opines that Washington’s abusive national security policies threaten the future of world trade.