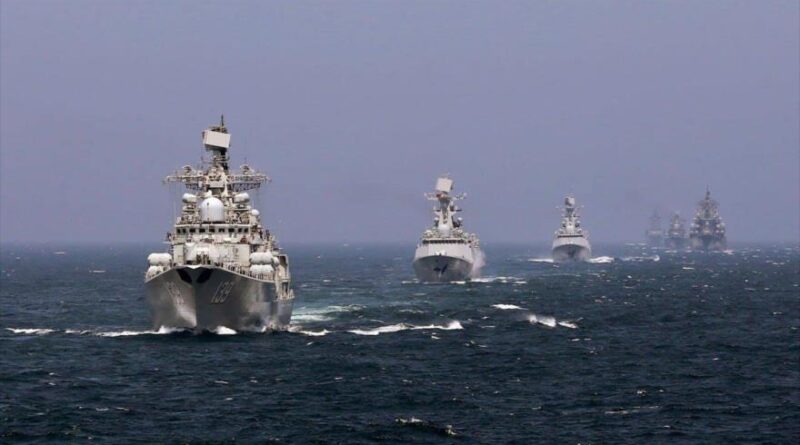 A Chinese media outlet predicts that if US troops return to Taiwan, the Chinese Army will wage a just war to safeguard its territorial integrity.

“I must warn people in the US and Taiwan who have this kind of thinking. Once they take the step of making US troops return to Taiwan, China’s People’s Liberation Army will definitely wage a just war to safeguard China’s territorial integrity,” Hu Xijn, editor of the Global Times newspaper backed by the State of China, said Thursday, on his Twitter account.

His comments made reference to an article written by Captain Walker D. Mills of the United States Marine Corps in the latest issue of the professional US Army magazine Military Review, calling for the return of US forces to Taiwan.

In the article, entitled “Deterring the Dragon”, Mills says the regional balance of power in East Asia is shifting away from the United States and Taiwan toward mainland China, warning that the as current balance of power makes a surprise attack on Taiwan”more likely”, so, as indicated, the US leadership has to “face” international pressure “against a deliberate and more global conflict with China.”

Hu, in turn, reflected a harsher view of the Chinese government, and referred in his tweet to the Anti-Secession Law — passed by China in 2005 and which allows Beijing to resort to the use of force to prevent the island from declaring independence — warning that “China’s Anti-Secession Law is a tiger with teeth.”

China and Taiwan are experiencing an escalation of tensions over various issues, including the separatist efforts of the Taiwanese authorities — especially the president, Tsai Ing-wen, who opposes the one-China principle. However, the already tense relations between both parties have been exacerbated by the military and political support that the island receives from the US. In fact, despite Beijing’s refusal, Washington has increased diplomatic contacts with Taipei and intensified military cooperation with the island.

The Chinese government reported on September 18 that military maneuvers began near the Taiwan Strait, which represents, as it pointed out, “a reasonable and necessary action, directed at the current situation in the region,” which is intended to further protect “the sovereignty and territorial integrity” of China. In addition, in a more recent action it sent, separately, two combat aircraft to the island on the 21st, 22nd and 23rd of this month.