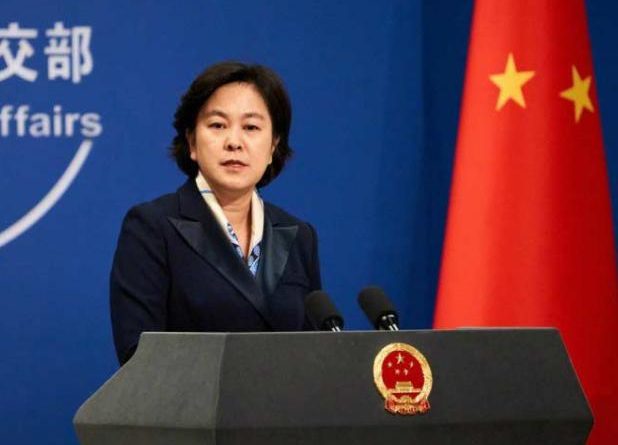 China repudiates the United States’ attempt of a naval invasion of Venezuela and all interventionist maneuvers against the sovereignty of any country.

Through a statement, the Chinese Foreign Ministry spokeswoman, Hua Chunying, stressed again this Wednesday her rejection of the United States’ aggression against Venezuela and has emphasized that Beijing will not accept any US invasion plan in the South American country.

“We reject the violation of the sovereignty of Venezuela by any means or excuse, in addition, we call to prioritize the welfare of the people, work together to safeguard national stability and promote the peaceful resolution of the situation in the Caribbean country,” stressed the spokeswoman of the Chinese Foreign Ministry.

China, reads the note, has always been in favor of respecting the Charter of the United Nations (UN) and the basic rules that govern international relations against the policies of hostility of the United States towards the Maduro government.

The government of Venezuelan President Nicolás Maduro has denounced the recent incursion of mercenary forces for being organized from Colombia and supported by the United States with the aim of creating chaos to provoke a coup against Maduro, the legitimate and constitutionally elected president.

The new adventure of the USA and Colombia against Venezuela on Sunday May 3rd, takes place almost a year after the coup attempt, led by opposition deputy Juan Guaidó – self-proclaimed interim president of Venezuela – with full backing from Washington, against the Chavista government.

On the other hand, the Chinese diplomat, referring to the rifle attack against the Cuban embassy in the United States, has claimed that “her government firmly opposes any violent action perpetrated against official diplomatic offices.”

Likewise, she has urged Washington to take the necessary measures to guarantee due protection to the headquarters and diplomatic personnel present in its territory from any damage, as provided by the Vienna Convention of 1961.