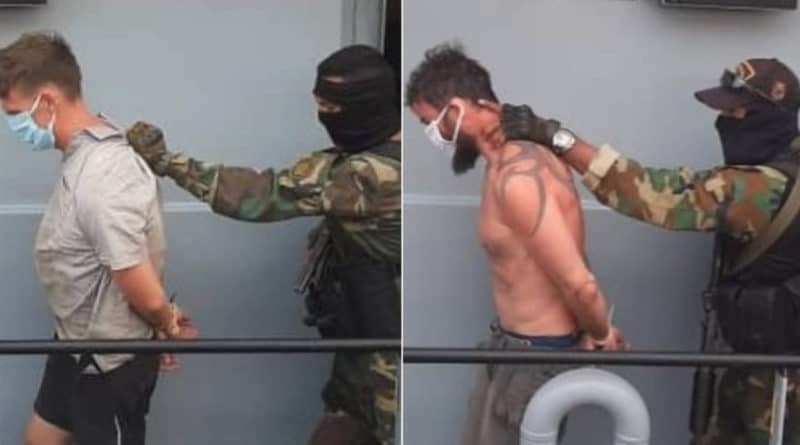 The official also referred to US citizens detained in Venezuela, in this regard, said that they will use “all the tools” to repatriate them.

The US Secretary of State, Mike Pompeo, denied on Wednesday that his country was ‘directly” involved in the attempted maritime mercenary incursion into Venezuela, which occurred on the morning of Sunday, May 3, and was thwarted by the country’s security forces and militias.

"As for who bankrolled it, we're not prepared to share any more info about what we know took place. We'll unpack that at an appropriate time.. we'll share that information that makes good sense.."

U.S. govt 1) confirms there was an operation 2) has info on who financed it pic.twitter.com/iv9CLsgBbw

RELATED CONTENT: The Unexpected: There was a Coup Within the US Led Mercenaries (Bay of Piglets)

“If we had been involved, it would have gone differently,” said Pompeo, during a press conference, where he was asked about it.

Pompeo has followed the line of President Donald Trump and Defense Secretary Mark Esper, who also expressed that the US was not involved in this new maneuver to oust President Nicolas Maduro.

Washington “had nothing to do with what happened in Venezuela in recent days,” Esper stressed.

Trump's man in the background, next to upper woman in red is Jordan Goudreau (aka Guy) the head of the mercenary firm (SilverCorp) behind the Macuto Beach mercenary fiasco. This a political rally with Venezuelan gusanos in Florida almost one year ago https://t.co/dgDgBBUWtD

The clarifications have been made after the President of Venezuela, Nicolás Maduro, pointed out that one of those detained for the attempted armed incursion stated that among the members of his group were two US citizens, members of the personal security team of the US President.

RELATED CONTENT: Name and Surnames of Mercenaries Captured in Venezuela on Sunday and Monday

“Bring them back”
Among the detainees, according to Maduro, are two US citizens identified as Luke Alexander Denman and Airan Seth Berry, of whom the Venezuelan president showed official id’s, such as their US passports, driver’s licenses and documents that accredit them as veterans of the US Army.

Identification cards also emerged to show their membership in the US private security firm Silvercorp USA, the contractor involved in the attempted raid, whose chief executive officer, Jordan Goudreau, claimed responsibility for the action.

At the press conference, Pompeo stated that “they will do everything possible” to achieve the repatriation of these detained citizens in Venezuela.

“If the Maduro regime decides to retain them, we will use whatever tools we have available to try to bring them back. It is our responsibility to do it that way,” he emphasized in his characteristic arrogant and supremacist tone threatening Venezuela for capturing confessed mercenaries.

Although, he later clarified, they will first begin “to find out if they are indeed Americans,” putting a veil of doubt in the citizenship of his own people.