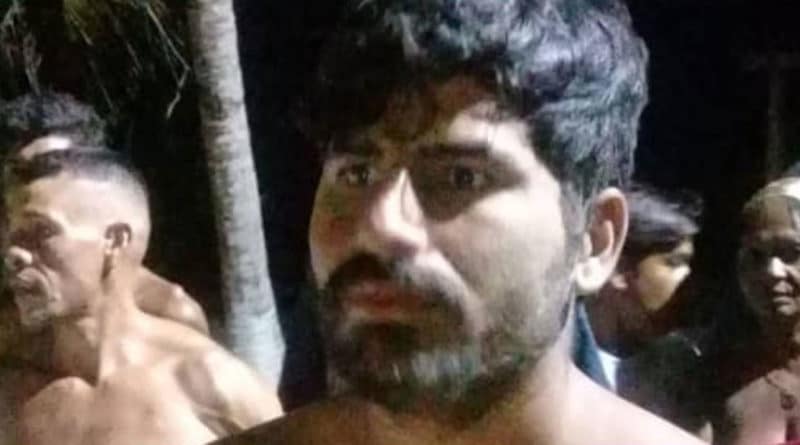 Venezuelan President, Nicolás Maduro, confirmed the capture in the last hours of 4 more mercenaries involved in the attempted military incursion along the Venezuelan coast, which began on May 3. He noted that “the Bolivarian Shield is still active to fight any other attempt to destabilize the country.” One of them was captured in the Aragua state town of Cepe by its residents. It was stated that he was in charge of the transfer of the attackers from the Alta Guajira of Colombia to Venezuelan territory.

In a press conference with international media conducted via videoconference, the head of state thanked the fighting spirit of the Bolivarian National Armed Forces (FANB) and the Bolivarian people, who demonstrated that the Bolivarian shield has worked. In particular, he thanked the inhabitants of Cepe, Puerto Maya and Chuao (Aragua state) and Carayaca (La Guaira state) for their recent work in coordination with security agencies.

RELATED CONTENT: The Unexpected: There was a Coup Within the US Led Mercenaries (Bay of Piglets)

In the evening hours of this Tuesday, another mercenary was captured in the town of Cepe (near Chuao, Aragua state), who apparently served as machinist for the second vessel that participated in the Macuto armed raid, La Guaira state, last Sunday.

“Thanks to the civic-military-police unity, in the night hours it was possible to capture in the town of Cepe another mercenary who was serving as a machinist for the second vessel that participated of the landing in Macuto,” the Bolivarian National Armed Forces (FANB), on its Twitter account.

In a video broadcast on social networks, the captured mercenary responds to the name of Rosmel Edecio Méndez and is shown along with residents of Cepe, who captured him to hand him over to the authorities. He claims that he gave himself up voluntarily to the people of Cepe, admitting he was involved in the coup.

Later in the afternoon of Wednesday, May 6, the Minister of Defense, Vladimir Padrino posted an image of three new mercenaries captured on the highway between El Junquito and Carayaca, Aragua State but closer to Caracas, no names were provided.

RELATED CONTENT: Name and Surnames of Mercenaries Captured in Venezuela on Sunday and Monday

Last Sunday at dawn, on the coast of the state of La Guaira, a terrorist paramilitary incursion from Colombia, with the backing of the governments of that country and the United States, was neutralized by the FANB and the Special Actions Forces of the Bolivarian National Police (Faes).

Venezuelan government investigations inducate that the raid was an action led by a US company or “contractor,” called Silvercorp USA, involving or being supported by agents from the Drug Enforcement Administration (DEA) and drug traffickers in Colombia, linked to Venezuelan opposition extremists, with the intention of overthrowing President Nicolás Maduro.

President Maduro stressed that the US President, Donald Trump, who receives a report on Venezuela every day, said this week that he did not know anything about the maritime incursion that was frustrated last weekend on the country’s coasts. “It is impossible that Trump did not know what happened this weekend in Venezuela. Mike Pompeo said that they have not had direct participation, but have they had indirect participation?” asked President Maduro.

Two days ago, a former US military Jordan Goudreau, who claimed responsibility for the two groups that entered Venezuela through the coasts of Macuto (La Guaira) and Chuao (Aragua) as part of the so-called “Operation Gedeon”, assured that despite the arrests of several of his men, the operation was still activated. In a conversation with Bloomberg, the US mercenary confirmed that these groups had the objective of capturing and overthrowing the Venezuelan president.