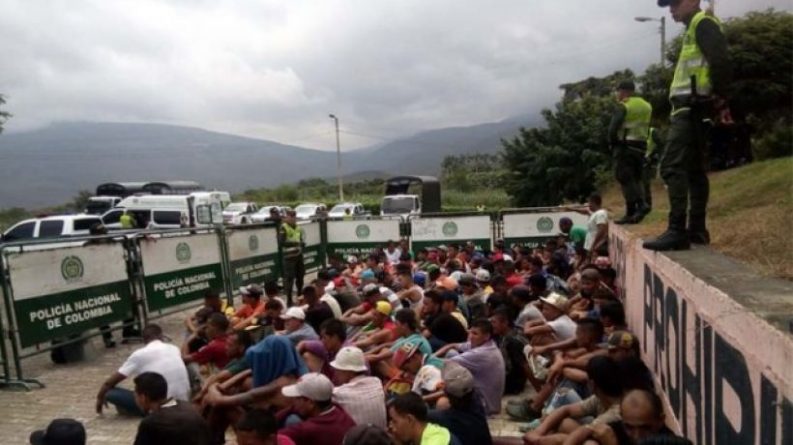 On Sunday, April 21, there was a skirmish at a hotel in Villa del Rosario by two former Venezuelan military officers who were reportedly caught by the Metropolitan Police of Cúcuta (PMC), for which they were detained by the authorities.

At the same time, many complaints have been made regarding these citizens who followed the call of the Venezuelan opposition to create an insurrectionist army on the border, to whom the Colombian Chancellery promised to give  refuge.

In Villa del Rosario, in the department of Norte de Santander, where there are about 300 deserters, they have used the public spaces of the village of La Parada as a place of leisure and chaos. Colonel Francisco Gelvez Alemán , deputy commander of the PMC, said: “They used the highway and platforms as  urinals, marijuana and dormitory halls, and they carried out disorders on a daily basis, which kept the sector in complete chaos.”

Therefore, Migration Colombia and the Colombian authorities decided, in all these cases, to clear (these men from) platforms, separators and causeways of the main avenue that connects with the Simón Bolívar international bridge, to restore order in that area of ​​Villa del Rosario.

“With Migración Colombia, we are doing all the paperwork to cancel the Border Mobility Card and remove them from the country due to bad behavior, as well as the instrumentalization of children and adolescents for economic purposes, such as those found in the middle of this procedure asking for alms”, Colonel Gelvez pointed .

In this way, some 300 deserters from the FANB should be deported immediately to Venezuelan territory.

Other defectors from the FANB in ​​Colombia have claimed Juan Guaidó abandoned them, as well as the Colombian authorities who promised everyday facilities and did not comply.