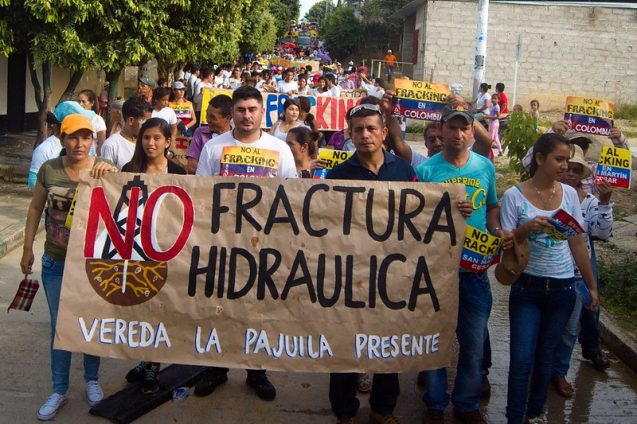 March 2, 2020.- This Monday, the Business & Human Rights Resource Center presented a report denouncing the relationship between corporations and damages to human rights defenders. According to the report, Colombia is the second most dangerous country in the world (after Honduras) for attacks against human rights defenders who are working on business issues, accounting for 9% of all cases worldwide.

The document reveals the findings made by the Center between 2015 and 2019, which include those cases of attacks on human rights defenders where a follow-up on the ground was possible. For this reason, 181 cases of aggression are documented only in Colombia, although there could be many other cases that go unreported.

According to the statement, the intention of the report is not to affirm or directly link the companies with what happened to the victims, but to offer elements of context to evaluate what is happening and how to solve it. Therefore, the relationship does not imply that companies are responsible for the attacks directly but it does imply that the defenders attacked have expressed concern about the activities of the companies.

In 90 per cent of the attacks, defenders had expressed negative impact of sectors such as mining, hydrocarbon extraction, agribusiness and livestock, and renewable energy. On the other hand, “The companies that were most frequently criticized (44% of attacks) by human rights defenders who were attacked in response were Anglo Gold Ashanti, Big Group Salinas, Cerrejon Coal (part of Anglo American, BHP and Glencore), Ecopetrol and EPM.”

The report stands out because 76.5% of the cases in the 4 sectors with the highest risk were recorded in areas with the highest capitalist investment, “which indicates that these attacks do not occur at random or in forgotten areas” and therefore should be the subject of corporate and state considerations.

In addition, it is noted that the most commonly recorded type of attack was murder, followed by death threats and beatings. Most incidents were recorded between 2016 and 2018, although figures have yet to be consolidated for 2019.

The Ombudsman’s Office in its early warning statement N° 026-18 maintains that situations of violence have been evidenced which link the participation of capitalists who see their economic interests possibly being threatened with the processes of land restitution, protests for the implementation of extractive projects or protests of abuses against communities and individuals.

For this reason, the Information Center reminds that the United Nations Guiding Principles on Business and Human Rights stipulate that business should prevent or mitigate negative human rights impacts related to its operations, goods or services, even if they have contributed to them.

In that sense, the Center called on companies to speak out against human rights violations, as well as to take action to prevent their employees or contractors (other companies) from being involved in these types of events.

On the other hand, it was recommended the Colombian state should incorporate a business dimension in monitoring attacks on human rights defenders, investigating and clarifying the reasons behind the attacks, as well as effectively protecting people who defend the territory in many ways.

Featured image: A protest against fracking in Colombia. By Esperanza Proxima