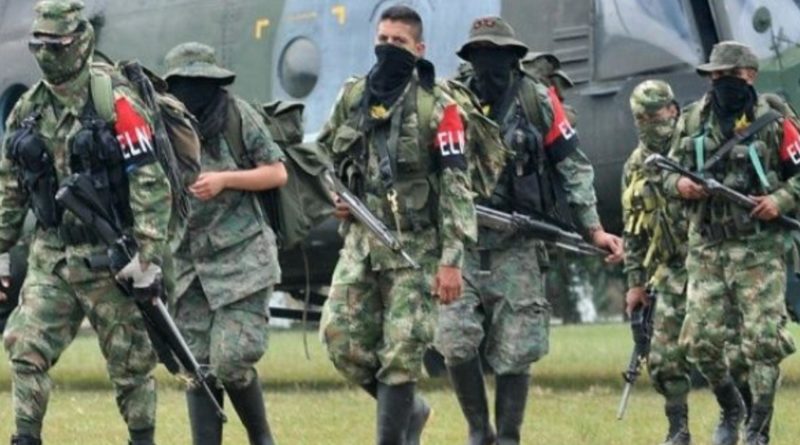 Despite the ceasefire in 2016 of the larger more well-known FARC, Colombia’s older Marxist guerrilla movement the ELN has continued to grow in size and capacity to strike against the state.

During widespread protests in Colombia that began in November 2019, the revolutionary army declared a ‘National Armed Strike’ between February 14 and February 17 to lend their weight to the existing social upheaval against the US-backed neoliberal government’s attack on working class rights.

“As part of the armed strike initiative, the ELN demanded the shutdown of transport throughout the entire country. They are, however, allowing some people to commute to work and do some travel within the city. But there’s no telling how far is too far to travel. Though they say it’s a peaceful strike, it is an armed strike at the end of the day. Strikes are not new to Colombia, especially not in recent times.

These past few months, labour unions have taken protests into the streets to express their disdain for Colombia’s current president, Iván Duque. They have protested Duque’s irrational plan to cut the age they can retire, the way they get paid, without any intention of raising the painfully low wages Colombians barely live on. But this strike is different. This one is armed and organized by the ELN. As a matter of fact, the ELN has never taken over the entire country as it is doing now — this is the first one of its kind.”

The strike was precipitated by protests and heavy rioting by youth and students:

During the next 72-hour shutdown, actions took place across the country in the form of roadblocks, snipers and explosives. Despite the government trying to play the situation down it is widely regarded to be a huge success for the ELN. In many areas Colombians to Twitter to state that the government had lost total control to the revolutionaries and where hiding in their barracks and stations, and the US Embassy issued an alert.

A source sympathetic to the ELN stated:

“The guerrillas managed to close the two highways connecting the capital Bogota as well as the country’s second city, Medellin…

In the department of Arauca, the armed strike transformed both the provincial capital (Arauca) and other towns in the department into ghost towns where the police and the army obeyed guerrilla orders and did not leave their bases.

Public life in guerrilla-controlled regions throughout Colombia has come to a halt. Entire cities have turned into ghost towns as the revolutionary movement challenges capitalist/fascist authority.

Multiple residents and local media from guerrilla controlled territories have said that the police are obeying guerrilla orders not to go out in the street.

The ELN did not just successfully cause the partial collapse of the state in areas historically under their control, the guerrillas were even able to carry out successful attacks on crucial infrastructure.”

A guerrilla recruiter said their “armed struggle” is against “bad governance” linking the clear connection between the protest movements that began in November with the armed movement.

One of the reasons for the ELN’s ongoing offensive is the “reactionary violence of oligarchical governments as a weapon of domination,” the guerrilla said over images of the violent repression of the protests.

In another reference to the recent urban protests, the ELN member said the armed strike was “because education is in the hands of businessmen who are taking advantage of the people” while “college graduates and intellectuals must sell themselves to the ruling class or perish.”

Additionally, “the land is being worked by farmers who don’t even have a place to drop dead” while “the ignorance of the leaders destroys our Mother Earth and its communities,” according to the guerrilla.

Workers “are working for a hunger wage,” the ELN member said, adding that “small businessmen are ruined by foreign capital” and “the wealth of our territory is being plundered by the gringos.”

Was the use of force against the Colombian state unprovoked? Hardly. The deaths of state personnel do not come close to addressing the almost entirely one-sided war against the working class via the army and right-wing paramilitary death squads.

During the FARC insurgency, in its last years alone 2,248 cases of extrajudicial killings are under investigation, 97 per cent of which took place during the 2002-10 presidency of ultra-conservative demagogue Alvaro Uribe.

It is important to note this ‘false positives’ scandal came to light ONLY because these were likely victims who had nothing to do with the insurgency: normal villagers and workers lured into the jungle and shot as combatants in fake encounters to bump up the army’s ‘kill quotas’ and earn bonuses for having neutralised so many guerrillas.

So is Uribe’s replacement any better?

Despite the FARC peace process, it is clear President Ivan Duque has no intention of reforming the grossly unequal country or ending the civil war through peaceful means – indeed, since the 2016 ceasefire at least 700 demobilised former FARC members have been murdered, that is – despite disarming!

Trade unionists are also routinely murdered – for instance the International Trade Union Confederation found that 13 teachers were murdered in 2018, a year in which murders of Colombian trade unionists more than doubled to 34 from 15 the previous year, accounting for almost two-thirds of 53 worldwide cases.

It would be wrong to see the ELN as separate or opposed to the unarmed struggle: members go to and from civilian life and work for the revolution throughout the working class and social movements, creating a synthesis of the straightforward territorial struggle of liberated zones and guerrilla strongholds, with urban and rural peoples movements.

In this context, there is no simple ‘peace process’ of amnesties and a ‘chance to return from the jungles’ – there will be no peace, they say, without justice.