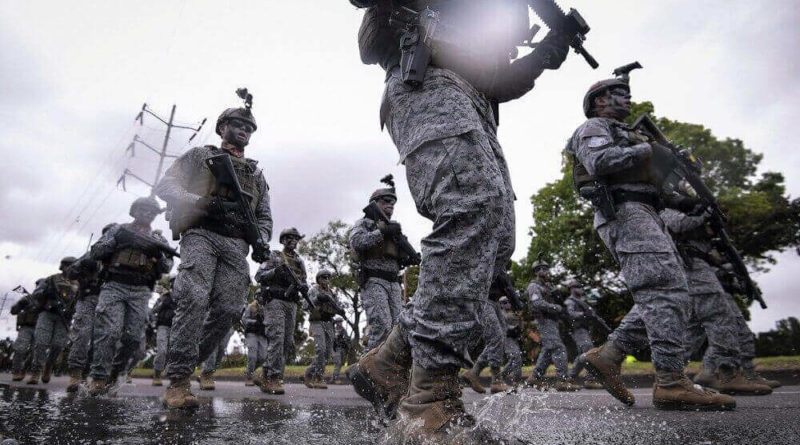 The head of the Council of State in Colombia, Álvaro Namén, through a letter, asked Colombian president Iván Duque this Wednesday the reason why US troops would enter that country this June, thus violating the Constitution, since the assembly was never consulted as required by Colombian law.

Namén asked Duque for explanations about the US soldiers on Colombian soil, because the decision is a matter that belongs not only to the Executive branch but also to the rest of the public powers and both forces did not give the green light to the deployment of said troops, that will reach the country’s borders.

RELATED CONTENT: Puebla Group on the Arrival of US Troops to Colombia (Statement)

According to local media, Duque justifies the arrival of the Assistance Force Security Brigade (SFAB) attached to the South Command of the US Army, as a support to the military forces in his country in their supposed fight against drug trafficking.

“I am writing to you in order to respectfully request an official report in relation to the announcement made by the United States embassy, about the arrival in our country of a commission made up of US military troops and its presence in border areas,” Namén quoted in the statement.

The magistrate relied on article 237 of the Colombian Constitution, to literally slap Duque “in cases of transit of foreign troops through national territory, station or transit of foreign warships or ships, in waters or in the territory or in the nation’s airspace, the government must previously hear the Council of State.”

The full Senate describes this new action by Duque, who is a puppet of his American counterpart Donald Trump, as a violation of territorial integrity and national sovereignty,” the magazine Semana de Colombia said.

It should be remembered that the gringo mercenaries who tried to carry out a coup in Venezuela, on May 3, through a failed armed raid that reached La Guaira state (Macuto), were trained in a camp in Riohacha and the Colombian Guajira, with the support of Duque, Trump and the Venezuelan deputy Juan Guaido.

Featured image: According to the Defense Minister, US troops will not participate in operations in Colombia.