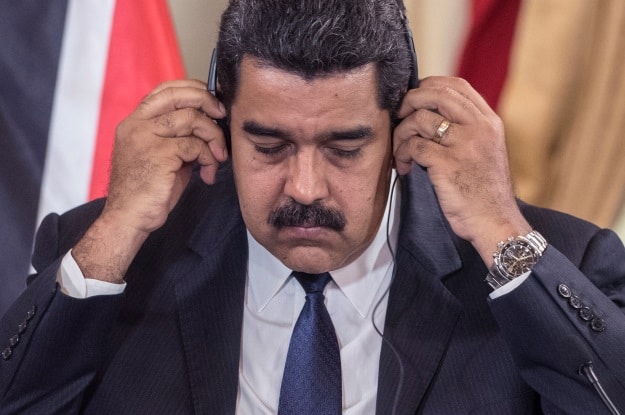 David Alandete, a journalist in Washington specializing in Latin American issues, released this Wednesday an extract from a journalistic work that appeared in The Washington Post, according to which Donald Trump “respects” President Nicolás Maduro for his strength and resilience.

Specifically, the media in a piece criticizing Donald Trump’s authoritarianism, refers to the statements of a high-ranking official of the United Nations Security Council, named Cutz, who worked with Trump. Below the two paragraphs where President Maduro is mentioned:

RELATED CONTENT: At UN Webinar Amb. Moncada Denounces US Blockade as a Crime Against Humanity

Cutz, the former National Security Council official, recalled the Trump administration’s efforts to force Venezuela’s authoritarian leader, Nicolás Maduro, from power as hundreds of thousands of protesters took to the streets last year amid an economic meltdown. But as Maduro held on and began using government force to combat them, Cutz said, Trump appeared to waver.

“It got to the point where I remember the president saying: ‘You know, Maduro is not as easy to bring down as I thought. Maybe we should reconsider this,’ ” Cutz said. Although Trump did not call for a change in U.S. policy, Cutz said the president began privately seeming to “show respect for Maduro. All of a sudden he was impressed.”

Since coming to power, Donald Trump has continuously attacked the Bolivarian government and President Nicolás Maduro and since 2017 has implemented financial and commercial illegal sanctions, the effects of which have caused the suffering of millions of Venezuelans, something that has been denounced by Caracas before the International Court of Justice as “war crimes”.

Likewise, the US president has shown unrestricted support for all actions aimed at forcing Maduro out of power through unconstitutional channels, including the so-called guarimbas, an attempted assassination, an attempted invasion from Colombia, an attempted coup d’état and, more recently, an invasion by mercenaries led by Americans who own a war outsourcing company.

However, against Washington’s forecasts, Maduro has resisted the attacks and continues to head the government in Venezuela, not only because of his leadership but because he represents a movement of millions rooted deeply in Venezuelan history, Chavismo.