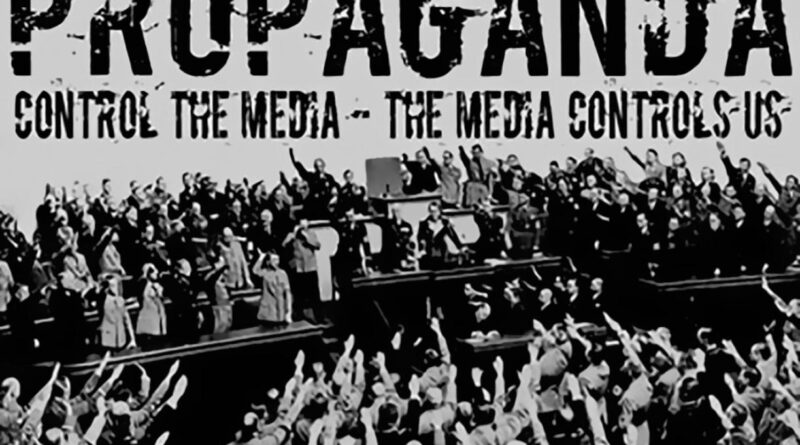 Last night (December 14), the journalist of the (Argentinian) television channel LN+ (media oligopoly headed by the newspaper La Nación) Carlos Pagni conducted an unusually long interview (over half an hour) with Juan Guaidó, whom he called “president” on several occasions, except at the beginning when he presented him as “president in charge.”[1]

It’s clear that the owners of the channel put up for sale the airtime of their journalistic programs—in this case Odisea Argentina, one of their best offerings—for political propaganda operations. Guaidó and his international promoters paid what was necessary in order to set up a mock interview, a real mockery of the television audience, where the “president in charge” uttered all kinds of inaccuracies and “half-truths,” hid aberrant data that was surely known by Pagni—such as Guaidó’s pleas before the White House to invade his own country militarily, or his theft of the money that Trump gave him to finance the Cúcuta operation, on February 23, 2018, as reported to the BBC by one of Guaidó’s cronies, whom Guaidó himself had designated as “ambassador” in Colombia [2]—and presented gross contradictions without the host even hinting at a timid re-questioning, or displaying an even elementary knowledge of the subject on which he was speaking with his “interviewee.”

Let’s go to an example: in the tremendous dictatorship in Venezuela—a “regime” for Pagni—the operetta character Guaidó, designated “commissioned president” by Trump, claimed that in his “popular consultation” organized by a minority element of the opposition and held over the internet during the course of the previous week, and during one day in person, “more than 7,000 vote reception centers” were installed in Venezuela. Of course, without registers, prosecutors, local or international observers, nothing could be confirmed. Guaidó was delirious, as evidenced on several occasions in that long pseudo-interview. A circumspect Pagni simply nodded, because that was the script that his employers had provided him: “You put your face on your prestigious program, let Guaidó say what he has to say, period.”

Pagni should have taken a little more care of his reputation as a journalist and, for example, refrained from accepting the description of that fanciful “popular consultation” as a hymn to the democratic republic, and the qualification of the parliamentary elections of December 6, endorsed by international observers and, among others, by the Puebla Group and José Luis Rodríguez Zapatero, as a “mock election.”

I respectfully challenge the political analyst of La Nación (Pagni) to find in any of the fierce dictatorships of today or yesterday a case similar to that of said “popular consultation,” where whoever calls himself the true president of the country, and labels as a “tyrant” and “usurper” he who is actually exercising that position, can appear and circulate without obstacles before the public, organize a popular consultation, establish (according to Guaidó’s delirium tremens) more than 7,000 voting centers and then leave without being bothered by state security agents or the political police of the “dictator” on duty. Imagine what would have happened to those who, during the Argentine or Chilean dictatorship, or under Franco, had installed not 7,000 but even seven vote reception centers to express their repudiation of the regime! They would have been arrested instantly, tortured to death and disappeared without a trace.

If any element was lacking to confirm that there is no dictatorship in Venezuela, the “popular consultation” and the subsequent unrestricted public activity of Guaidó within the country offer irrefutable proof of the democratic character of the government of Nicolás Maduro. A pity that the alleged LN+ interviewer did not realize this “little detail.”

Pagni, whose facial expression was not exactly happy during that television farce, accepted the humiliation of seeing his program turned into a crude propaganda space. Unfortunately, because he is one of the very few journalists on the right who enjoys a certain recognition, and who stands out above the majority of the “media-judicial operators” disguised as journalists, who emit above all rude “braying” or, in some very rare cases, elaborate sophistry designed to defend the indefensible, or to hide compromising data from public opinion. For example, the monumental corruption perpetrated by Macrismo and its associates; or the destruction of the separation of powers thanks to the “Judicial Table” organized in the Casa Rosada; or collusion between the media, spies and judges for the purposes of persecuting political enemies or monitoring Macrismo‘s own allies; or the scandalous external indebtedness conceived so that the friends of the former president would transfer dollars abroad massively. None of this should be known to citizens. Investigating these facts and exposing them is the mission of journalism but not the task of the propaganda operators hired by the owners of power, who hide their true role by disguising themselves as journalists.

Notes
[1] The interview can be viewed in its entirety at: