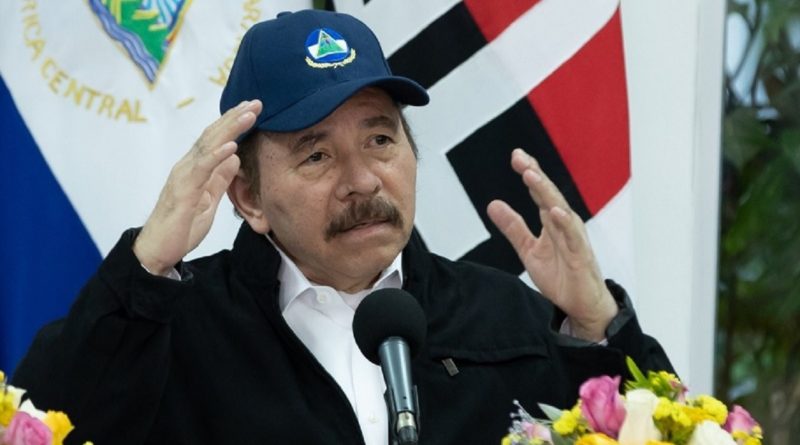 MANAGUA, NICARAGUA – For weeks, leading English- and Spanish-language publications have pumped out story after story either implying or definitively reporting that Nicaraguan President Daniel Ortega had died. Major newspapers from The Guardian to the Washington Post helped fuel the bogus rumor campaign.

Ortega dispelled the fake news when he appeared on April 15 to deliver a fiery televised speech in which he defended Nicaragua’s socialized healthcare system, called for world peace, and criticized the United States for spending so much money on war while its own citizens were dying due to a lack of healthcare.

Daniel Ortega, Nicaragua’s democratically elected president and the leader of the socialist-oriented Sandinista Front — which according to recent polls has support from roughly two-thirds of the population — is known for keeping a low profile. He stays out of the daily media spotlight, and in meetings he often speaks little. When Ortega does on special occasions deliver public speeches, he speaks slowly and succinctly, carefully choosing his words.

For most Nicaraguans, it was not surprising that, after holding a meeting with fellow Central American leaders on March 12 to discuss ways to work together to fight the coronavirus pandemic, Ortega remained out of the spotlight for another month.

But Nicaragua’s extreme right-wing opposition, which is tiny in number but able to influence corporate media across the West, exploited Ortega’s temporary absence from the limelight as yet another opportunity for information warfare.

The Grayzone previously documented how Nicaragua’s opposition has spread oceans of fake news, exploiting the coronavirus pandemic to spread fear among the population, with the goal of unleashing chaos in the country and ultimately destabilizing the popular Sandinista government — which they have been consistently unable to vote out.

With the help of the international press corps, Nicaragua’s right-wing escalated its campaign of information warfare to new heights this April, spreading rumors for weeks that Ortega had secretly died, and that the government was trying to hide it.

Here he is giving a fiery speech condemning capitalists' hypocrisy for spending money on war but not healthhttps://t.co/pIS6MUUuqe

The international media’s fixation on Nicaragua is especially hypocritical given the lack of reporting on the scandalous situation in Ecuador, which is run by a US-backed right-wing government that is aggressively repressing its opposition.

Ever since a massive uprising against IMF-imposed neoliberal economic reforms in Ecuador in October, President Lenín Moreno has been noticeably absent from public life. He took the drastic measure of moving the government’s capital from the city of Quito to Guayaquil, and is almost never seen in public.

While there is only one recorded death from coronavirus in Nicaragua, which has a robust socialized system of healthcare, Ecuador, with a privatized health system that was gutted through neoliberal reforms, has been a gruesome theater of death. It is likely that thousands have died from the virus around the country; viral social media videos showing dead bodies on the streets have shocked the world.

While Nicaraguan President Ortega avoided the limelight for a month, Ecuadorean leader Moreno was also nowhere to be found. Just hours after Ortega’s dramatic re-appearance, Moreno published a bizarre video on Twitter swearing that he was not an “absent” president — while acknowledging that his poor health and old age prevent him from going out in public.

While foreign corporate media rolled out dozens of attacks on Ortega for his absence, there was practically no coverage of Moreno’s disappearance in English. The double standard clearly reveals the role of Western media as a megaphone for right-wing forces across Latin America and an eager accomplice in its disinformation campaigns against the few remaining socialist governments in the region.

On social media platforms, hundreds of right-wing activists, including prominent political figures and people who brand themselves as journalists, claimed they had special sources that confirmed Ortega had died. They reinforced one another’s rumors in tweets and Facebook posts that went viral.

The baseless whisper campaign was amplified by Nicaragua’s heavily funded right-wing press. Opposition mouthpieces like La Prensa — a former voice of the Contra death squads that has historically been supported by the US government’s regime-change arm the National Endowment for Democracy (NED) — published stories implying again and again, for weeks, that Ortega had died.

The right-wing tabloid website 100% Noticias — which is indirectly funded by the NED, and which played a key role spreading fake news during the 2018 coup attempt in Nicaragua — also published pieces speculating that Ortega “could be dead.”

Then Spanish-language media outlets in other countries joined in spreading the fake news. The right-wing Argentine oligarch-owned outlet Infobae, one of the most widely read websites in Latin America, also published stories claiming Ortega “may be dead.”

This culminated on April 6, in what was portrayed as a bombshell story in the major right-wing Spanish newspaper La Razón. It reported that “there have been various audio messages circulating, from people who say were given information from sources close to the Ortega-Murillo family, which say the president had died.”

The international English-language press was next to join the propaganda party. The Washington Post — owned by oligarch Jeff Bezos, the richest person on Earth — blared out a headline speculating that Ortega was “dead,” while attacking the Sandinista government and spreading wildly misleading claims about its strategy to contain the coronavirus pandemic.

France 24 basically rewrote the Washington Post article, also speculating Ortega could be dead. And the Seattle Times republished the piece.

On April 8, the UK’s top center-left newspaper The Guardian — a zealous collaborator with the British military-intelligence establishment — published another bunk report claiming that Ortega “might even have died.” It linked to the aforementioned fake news report by Nicaraguan opposition mouthpiece La Prensa.

The Guardian article favorably described the 2018 coup attempt, which the newspaper staunchly supported and printed fake news on behalf of, as an “uprising.” The British paper of record quoted numerous leaders of this coup attempt, including US government-backed right-winger Félix Maradiaga, who was filmed waving a handgun and egging on violent hooligans during the 2018 coup against Nicaragua’s government.

"He’s been in a state of permanent quarantine for years," @maradiaga told @PiruloAr https://t.co/D6UnMOa1Vv

The co-authors of the Guardian report, Wilfredo Miranda and Tom Phillips, are anti-Sandinista activists who have openly backed regime-change attempts against leftist governments in Latin America.

What unified all of these fake news reports is that they relied almost entirely on highly partisan opposition activists as their sources.

In its drone-like reproduction of the bogus narrative emanating from the US-backed Nicaraguan opposition, the New York Times quoted right-wing oligarch Juan Sebastián Chamorro — a scion of one of Nicaragua’s richest and most powerful families. The US paper of record merely identified Chamorro as the “executive director of the Civic Alliance, an opposition group,” without disclosing that the Civic Alliance is supported by the US government and was in fact created at Washington’s request during the 2018 coup attempt.

The BBC quoted an editor of the opposition mouthpiece La Prensa, merely describing it as a “local newspaper.” It also quoted a tweet from a right-wing activist who demonized the elected Sandinista government as a “regime.”

Many of these corporate media outlets took their lead from the US government itself, citing the Trump administration’s criticisms of Nicaragua over the coronavirus.

While the Trump White House blames China for the deadly outbreak to deflect from its boneheaded handling of the Covid-19 pandemic, the acting assistant secretary for the State Department’s Bureau of Western Hemisphere Affairs, Michael G. Kozak, found time to blast Ortega for not appearing publicly, using the Twitter hashtag #WhereIsOrtega.

Kozak has supported the far-right military coup in Bolivia in November and backed numerous coup attempts against the elected governments in Venezuela and Nicaragua.

As pandemic hits #Nicaragua and the country braces for #COVID19, Daniel Ortega is nowhere to be found.  Our hearts go out to the people of #Nicaragua who need leadership and factual information on this deadly pandemic.  #WhereIsOrtega

The right-wing Panam Post took a more restrained approach to the rumors of Ortega’s death, speculating that supporters of his “regime” were hoping to “use the rumor of his death to ‘kill’ the credibility of those spreading that rumor.”

But the mainstays of Nicaragua’s right-wing media could not contain their zealotry. In local opposition websites like La Prensa, Confidencial, and 100% Noticias, anti-Sandinista activists exploited Ortega’s purported “absence” to clamor for a new transitional government.

The international media network Euronews amplified the Nicaraguan right-wing’s call for a new government, stating in a narrated video report: “On social media, a rumor is circulating that the head of state has died, due to complications of lupus that seem to be due to coronavirus, and his wife is gravely ill. The opposition demands the formation of a transitional government.”

Thus Nicaragua’s opposition revealed the real goal behind its rumor-mongering: the removal of the elected government.

When President Daniel Ortega emerged on Nicaragua’s public Channel 4 on April 15 to deliver a broadside against war, militarism, and for-profit capitalist health systems, he exposed another campaign of lies.

And neoliberal pundits across the West like “global risk analyst” Ian Bremmer fell into a fit of rage at the news.

If history is any indication, the millions-strong Sandinista movement will endure and continue to deliver, even as the campaign of hybrid warfare against it escalates at home and abroad.