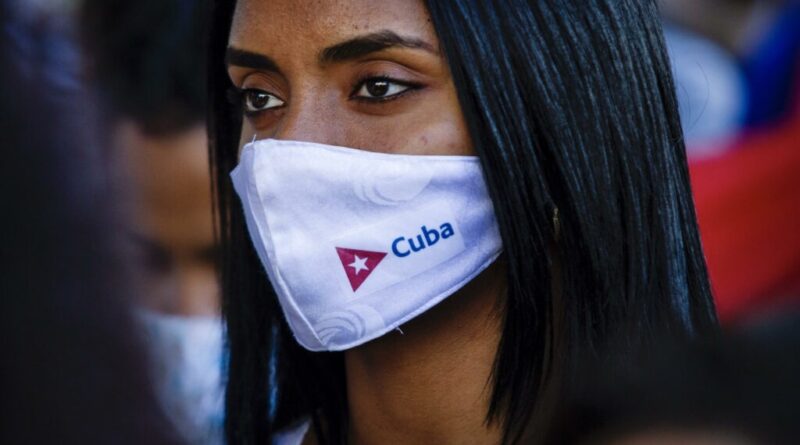 It may seem strange, but there is a very close relationship between public health and democracy because the former reflects the receptivity and response of the authorities to the diseases they attribute to their population. Governments that claim to be “democratic” should exhibit, especially during a pandemic, very good rates of combating the scourge. How can this be measured? Answer: by analyzing the number of deaths by the Covid-19 per million inhabitants, to neutralize the distortions that would be produced by the unequal sizes of the countries.

Applying this indicator, it can be seen that the countries that make up the late Lima Group – already in an advanced state of decomposition – have failed spectacularly in the fight against the pandemic. Peru, whose capital city gives its name to the group, registers a rate of 1,095 deaths per million inhabitants (all the figures in this note correspond are as of December 7th), followed by a compact platoon that also shows its enormous difficulties in bending the virus: Argentina 879, Mexico 850, Brazil 832, Chile 816, Ecuador 776, Bolivia 766, Colombia 743 and Panama 739.

The Lima Group is impatiently awaiting the appearance of a South American statesman who will organize a sober funeral so that it does not continue to be a worldwide laughing stock. This is because there are governments that continue to be members of the Lima Group but, believe it or not, do not sign any of their declarations as in the cases of Argentina, Bolivia and Mexico. This constitutes an extravagance with very few precedents in the international arena because when playing in the major leagues a government is or is not in a group or an alliance of countries. But one can see that the charm of Lima, the old “city of viceroys”, exercises a disturbing seduction on the leaders of these three countries who do not dare to resolve the Hamletian doubt of “being or not being” in the Group which is another way of deciding whether or not “one is or is not” a sovereign country.

The Group was quick to disqualify the 6D parliamentary elections in Venezuela, qualifying them as “illegitimate and illegal”, responding like a very well-tuned chorus to the indications of the conductor, Donald Trump. Exemplary democracies such as the criminal Colombian narco government of Ivan Duque (with a social leader murdered every other day, an example of good governance in that long-suffering country) and the hyper-corrupt and ferocious Chilean presided by Sebastian Piñera jumped into the ring to teach Maduro about democracy as soon as they heard the snapping of Uncle Donald’s fingers. Soon after, we witnessed a shameful competition between the empire’s pawns, striving to be the one who licked the emperor’s boots most cleanly. But there are other actors as well because the rudeness of the New York Nero is combined with the delicacies of the Belgian chocolate factories, in whose capital city are located the headquarters of the European Union and NATO, the greatest expression of “organized crime” on a world level.

From Brussels, those hypocritical and farcical European “democracies” accompanied the mandates of the White House without a word of warning and with the support of the media scoundrel servant of capital amplified the croaks of the Lima Group, offending Chavismo. The problem is that these governments, beginning with the Belgian one, should explain how they dare to give classes of democracy to the Bolivarian government with its 1,497 deaths per million inhabitants. The harassed, blockaded, attacked Venezuela, instead registers only 33 deaths per million, a figure that should make its critics call for prudent silence in order to get out as soon as possible of the ridicule in which their subordination to Washington places them. Doing numbers we could conclude, from these data, that the Bolivarian Republic of Venezuela is 45 times more democratic, in the deep sense assigned to this term by the classical Greek philosophy, than Brussels, with its criminal neglect for the health of its population. Of course, the Bolivarian government, like the Cuban one, does not conceive health and medicines as a business; the cultured and “democratic” Europe does, and here are the results.

Italy, 1,003 dead per million; Spain, a refuge for subversive criminals like Leopoldo Lopez (who, had he done in the United States what he did in his country, would have been long ago on the death row of a maximum-security prison) is on its heels with 998; The United Kingdom follows him with 903 dead while they talk of democracy and freedom of expression and is the perfidious jailer of Julian Assange, a hero of our times hated by the world media hitmen who hide under the fallacious name of “free press”; France, whose president has the luxury of questioning Maradona’s “friendships with Fidel and Chávez” when he should be abstaining from talking nonsense and worrying about the 850 dead per million that the coronavirus produced in his country. Germany has done better than its European Union counterpart, but even so, with its 233 deaths per million, it has an effectiveness rate of the Covid-19 combat that is seven times lower than the Bolivarian one. Primadonna Angela, about to turn 16 years in her post without pseudo-republicans like Mario Vargas Llosa and his epigones in this part of the world crying out in the face of this sickly will to perpetuate herself in power that so worried them in the cases of Hugo Chavez and Evo Morales, among others.

But of course, for the colonial thought of the liberals, neoliberals and libertarians, one thing is an Indian or a mulatto and another very different one, of infinitely superior essence, when the one who perpetuates himself in power is a representative of a “superior race”. “Covert supremacism” should be called this racist attitude. In any case, Doña Ángela should send a mission to Caracas to be taught what she can do to protect her population as effectively as the “regime” of Nicolás Maduro does.

The United States, the world’s largest superpower has chilling numbers: 877 deaths per million (already crossing the line of 290,000 deaths), produced more than by the pandemic but rather by the deficits of its peculiar democracy oriented and mobilized by the frenzy of the markets. It is hard to believe that the government of a country that a little more than a month ago staged -and, let’s remember, not for the first time- a shameful spectacle like their recent presidential election is created with the authority to dictate democracy to the rest of the world and, especially, to the Bolivarian government, whose electoral system Jimmy Carter said was much more reliable and transparent than that of the United States, as was proven for the umpteenth time by the US fiasco on November 3. Furthermore, how can anyone pretend to be the paradigm of democracy when there is no federal agency in that country that declares the winner of an election, a task entrusted to the information disseminated by the media. CNN says that Biden won, but FOX raises its doubts and a bid of influence is unleashed that in the long run conditions, if not determines, the winner of the contest. Is this the model of democracy that we should adopt in Latin America? Please!

Conclusion: democracy is not, as the neoliberals think, just a ritual that takes place on the day of the vote. Democracy is caring; democracy means improving people’s lives, materially and spiritually. China, with its 3 deaths per million, or Vietnam with a tremendous 0.4 per million, or our Cuba with 12 or Nicaragua with 24 have more than enough credentials to claim for themselves the status of democratic countries. There are governments there that did not prostitute themselves in the face of capital’s blackmail and that, in spite of blockades, aggressions and sanctions such as those suffered by Venezuela, Cuba and Nicaragua who take care of their populations, while, to their unforgettable disgrace, the European Union, the United States and their lackeys in the Lima Group were unable to do.