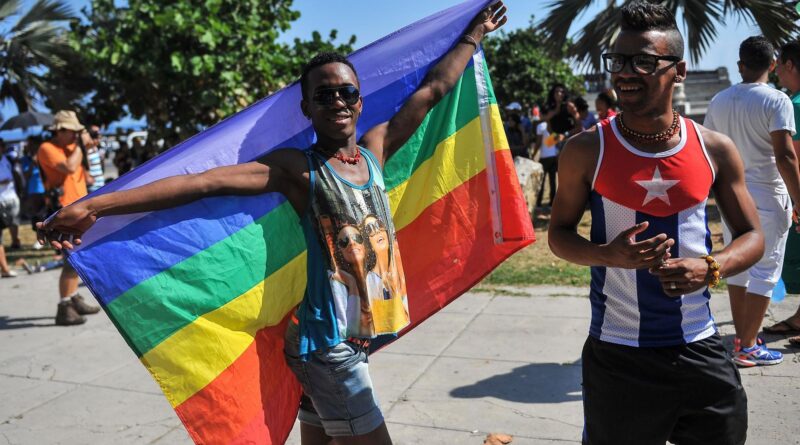 From the American song: “What’s The Party Line On Love” *

* The American Communist song from the 1930s made fun of the politicization of sexual relations. The song, of course, defended the realm of what was to be a private matter. Granted, politicians and religious institutions, of all shades and colors, have tried to legislate what were [or are] proper “carnal relations.”  Certainly for a brief time the Bolsheviks in 1922 decriminalized homosexuality. But, generally speaking, neither the communists, the socialists nor the capitalists ever elucidated a Policy on Sexual Matters that would be central to their partisan politics.

But that has changed. On December 6, 2011 US foreign policy has moved into the realm of defender of lesbian, gay, bisexual and transgender “rights” for some countries in the world.[1] Then, Secretary of State, Hillary Clinton, announced the policy to the world noting, “I speak about this subject knowing that my own country’s record on human rights for gay people is far from perfect. Until 2003, it was still a crime in parts of our country. Many LGBT Americans have endured violence and harassment in their own lives, and for some, including many young people, bullying and exclusion are daily experiences. So we, like all nations, have more work to do to protect human rights at home.” [2]

The new internationalist policy promised to open US borders to LGBT refugees and asylum seekers, offer foreign aid to the same people and organizations where the US fosters regime change. The policy also promised to”help ensure the federal Government’s swift and meaningful response to serious incidents that threaten the human rights of LGBT persons ABROAD.”

Thus, another instrument has been added to justify political and military meddling and intervention in the internal affairs of those nations abroad that challenge American power. But the US policy of fostering regime change on sexual matters does not pertain to Saudi Arabia, Kuwait, the UAE and numerous other countries. [3]

Just a few days after Hillary’s announcement the subject of the policies that the Cuban government carried out in the mid-1960s against homosexuality a number of anti-Cuban government publications and organizations began to stress the issue.

Certainly the history of the Cuban government toward gays should not be a taboo subject. People in the left/right and center certainly have a right to analyze and discuss the issue today.

Professor Samuel Farber on December 23rd, 2011 published in the Nicaraguan publication Havana Times an article on the “Roots of Homophobia in Cuba during the Revolution.” [4] It is not the intent of this brief commentary to discuss the matter of the roots of homophobia in Cuba – something that Farber fails to do. His thesis is simple, “the thrust and dynamism of those policies came primarily from Fidel Castro and the new Cuban Communist leadership.” That is to say, homophobia in Cuba lacks a social, economic or cultural history pre-1959. This is hardly the case. Instead we are told to accept that homophobia was the result of the personal attitudes of a handful of people in power. In other words, it was all mere ideology and political reasons of state.

Assuming that such simple explanation were to be  true, Farber fails to tell his readers that Fidel Castro in an interview with the Mexican newspaper La Jornada in 2010 stated, that he assumed full responsibility for the wrongheaded policy of earlier years: “I did not judge the matter well then [No lo supimos valorar]. [5]

Was it popular in 1963 or even 1971 in Cuba to defend an enlightened position on matters related to homosexuality? It was not. But, why not?

Was the world enlightened about such matters then?  No, it was not. It should be remembered that  until 1973 homosexuality was considered a mental disorder by the American Psychiatric Association. The professions elsewhere in the hemisphere shared similar attitudes. Homosexuality, at least in the US, it was considered “deviance” until not too far back in history and outlawed in most states. Cuba had inherited a male chauvinist culture due to longstanding attitudes in both Spanish and African cultures.

“The first legal challenge to homophobia in Cuba was in 1975 with a Cuban Supreme Court ruling against discrimination at work. In 1979 same sex relationships were decriminalised. In 1988 the offence of committing ‘homosexual acts in public places’ was removed from the penal code. In the 1990s, they resources to combat homophobia both in institutions and from individuals. Discrimination was condemned in a UJC Congress in 1992 and in 1993 sex education workshops on homosexuality were run throughout Cuba to explain that homophobia is a prejudice.” [6 Helen Yaffe. Socialism and Equality in Cuba: the Fight for LGBT Rights,”FRFI (London), August/September 2012, No. 227].

Yaffee also notes that in 1995, “Cuban drag queens led the annual May Day parade, joined by two gay delegations from the US – where sodomy remains a criminal offence in many states” [7 yaffe, op cit, ]

Yet, over the past 15 years the changes have been extraordinary on the subject of sexual identity and policy. The Cuban mass media has played a systematic and concerted role in educating the general population. The Cuban Film Institute has been at the vanguard of discussing such matters. For example, as early as 1993 Cuba produced Strawberry and Chocolate denouncing anti-gay ideology and behavior among Communist party members. That was followed by numerous other films such as: Kleines Tropicana (1997), Noches de Constantinopla (2001); Video de Familia (2002) where a young man leaves Cuba because his parents dont accept him;  Casa Vieja (2010); Perfecto amor equivocado (2004)  and el viajero inmóvil (2008).  The theme of transvestism began to be treated in Bailando Cha cha chá (2005), Los dioses rotos (2009) and Chamaco (2010).

Cuban television, which enters every home on a nightly basis has been slower, but in the last 13 years it began to deal with such important issues as well. And more explicit alternative sexual behaviors have been explored as well, for example, the tv series “The next victim” which shows more explicit male homosexual behavior. A sensation that got Cubans in all walks of life to talk about the subject was “The Dark Side of the Moon” exploring bisexuality. Most recently, the TV series “Under the Same Sun” discloses and confronts sexual taboos.

Openly gay behavior is not circumscribed to just Havana; indeed one of the most conservative towns in the island , Santa Clara, in central Cuba has become a trend setter with its unique El Mejunje cultural center.

Homophobia is in clear retreat throughout the island. Openly gay men and women candidates are beginning to be elected to public office. [6] One foreign observer has noted, “It is quite more liberal here than in the United States or Europe.”  [7]

What remains to be addressed is how a male-centered and chauvinist position that Cuban culture, politicians and institutions held for centuries has changed in such relative short period of time (in about 50 years). Now, homophobia is the enemy.

Granted, the mass media and  important political and social leaders are openly attempting to positively influence the population at large. Yet, the battle for sexual and gender equality is not an easy, nor top down process of change.  The older population still tried to hold on to the sexual and gender roles that they were taught before the Cuban revolution. But this is not government policy; guiding and changing social behavior and traditional cultural perspectives is a long drawn out struggle. And the metrosexual revolution with its ideology, behavior and institutions have made significant inroads as well.  Machismo, manhood and masculinity are no longer expression of a what constitutes a revolutionary person. Indeed, “seremos como el Che” – the sacred icon of revolutionary manhood – has been transformed into revolutionary personhood. [8]

Is there a Party line on love in Cuba today? Yes. And the headline from the Cuban newspaper Trabajadores (May 8, 2013) simply states where Cuba’s policy is on the matter: “Homosexuality is neither chosen nor learned, it is an orientation and a source of pleasure and happiness”. [9]

*The song is also named “I’m a Dialectic Dope” from The Socialist Songbook.