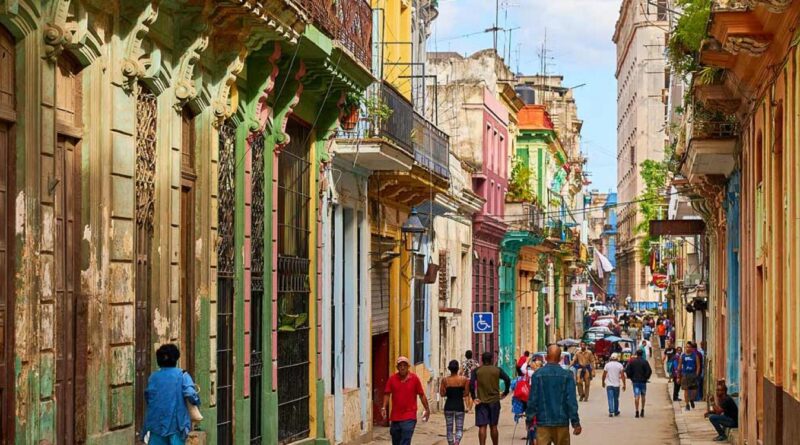 This is another article in a series we are bringing you on the significance of the Cuban Revolution written by members of the Network in Defense of Humanity. -editorial

The Cuban Revolution has given an extraordinary impetus to the desire for integration of Latin America and the Caribbean expressed throughout its history, from the emergence of the Independences to the remotest memory of Abya Yala. The evidence of this common destiny consisted in the intimate conviction that so many past and present sacrifices could not have been made in vain. The joint struggles for independence, Latin American integration and the horizon of human development as an alternative to the capitalist system offer multiple lessons and a lesson that cannot be put off for the peoples of the world.

After Cuba’s independence in 1898, the United States maintained a protectorate over the island. The condition for the withdrawal of its occupation troops in 1902 was the signing two years later of the Platt Amendment, which was an amendment to the Cuban Constitution, granting the US a “right of intervention when it deems it expedient to restore public peace and constitutional order.” The main US objective was reflected in Article VII of the amendment: “That in order to place the United States in a position to maintain the independence of Cuba and to protect the people thereof, as well as for its own defense, the Government of Cuba shall sell or lease to the United States the lands necessary for coaling or naval stations at certain specified points to be agreed upon with the President of the United States. In exchange for its withdrawal in December 1903, the US occupied the Guantánamo naval base. Despite the abolition of the Platt Amendment in 1933 as a result of the shift from the “Big Stick” doctrine to Franklyn Delano Roosevelt’s “Good Neighbor” doctrine, the US never gave up its occupation of the Guantánamo military base, an act that is completely illegal under international law.

The role of the United States was also decisive in the separation of Colombia and the department of Panama on November 3, 1903, which, according to Argentine historian Horacio Alberto López, was part of a “dynamic of self-nomination of commercial capital.” Based on the proposal of US Navy Captain Alfred Thayer Mahan, the US contemplated the secession of Panama with the aim of controlling maritime trade through the creation of a transatlantic canal. In 1846, the Colombian government signed the Mallarino-Bidlak Treaty with the US, under which Colombia was to ensure free transit in the region, where the US planned to create an inter-oceanic canal. Colombian historian Renán Vega Cantor recalls that prior to the creation of Panama in 1903, there had already been 14 aggressions against the territory of the Colombian state of Panama, invasions based on the legal basis of the treaty signed in 1846. In 1856, a US occupation of Colombian Panama had left 15 US troops dead in an incident. In 1850, the US signed a similar treaty with England, which had established a protectorate in the coastal Mosquito Coast region since 1661, allying itself with the Mosquito Indians against the Spanish. The agreement between the two powers envisaged that they would share control of the coast and the transit of the future canal. In 1860, however, Nicaragua signed a pact with Britain formally renouncing the protectorate. In its place was created the Kingdom of Mosquitia, with a constitution based on English law. In 1904, Mosquitia was finally incorporated into Nicaragua.

On December 6, 1904, during the US Congress, President Theodor Roosevelt proclaimed the “Big Stick” doctrine, also known as the “Roosevelt Corollary”. This foreign policy was reflected in the period between 1898 and 1934, when the United States occupied several Latin American countries to protect its commercial interests in what became known as the Banana Wars. William Howard Taft, who had been appointed Secretary of War in the Roosevelt administration, did not hesitate to resort to force in several countries. Significantly, it was Taft who was commissioned to oversee the construction of the Panama Canal, which finally opened in 1914. It should be recalled that the initial project for the construction of the Panama Canal had been awarded by Colombia to France through the signing of the Salgar-Wyse agreement. The works, directed by Fernando Lesseps, the engineer responsible for the Suez Canal in Egypt, began in 1878 and lasted ten years before being abandoned in 1888. The abandonment of the project by the French prompted the United States to take up the canal idea again and commissioned a US Congressional study by the Walker Commission.

RELATED CONTENT: ‘In Cuba Capital is not above Human Rights and the Lives of the People’ – Chavista Chronicles from Caracas interview with Dr. Valia Rodriguez

Nicaragua was eventually chosen and a construction treaty was signed. But Nicaragua opposed the US concession of a planned route, and was considering granting it to Germany. In retaliation, in August 1912 the US sent its troops into Nicaragua, which would only leave after 21 years of occupation, turning the country into a protectorate. The invasion was aimed at preventing another country from building a canal in the area. In 1916, the newly re-elected government of Adolfo Díaz, with the approval of the US Marines, signed the Bryan-Chamorro Treaty with the US, giving the US the concession for the canal and a naval base.

Both the military occupation of the Panama Canal Zone—which lasted until December 31, 1999—and that of the Guantánamo naval base (which is still in force and whose closure was one of President Obama’s promises) are two examples of how the US implemented maximum control in areas considered strategic for its economic interests.

Decades later, the Sandinista National Liberation Front, paying homage to all Nicaraguans who had fallen under the Somoza dictatorship, would follow in the footsteps of its brothers in the armed struggle in Cuba to give back to the children the future with the ability to dream that had been so denied them. It would also give the torturers the sobering punishment of their own children being able to access education thanks to their former victims, as Comandante Tomás Borge would put it. Among others, the writer Julio Cortázar understood that this event of political and social transformation also gave artistic creation and culture their rightful place, since until then Nicaraguan poets had had to fall under the bullets at an early age.

Because integral human development gave a blow to the alienation of peoples, there were many who acted decisively in international solidarity with the Cuban and then the Sandinista Revolution. The crusade for the literacy of the Nicaraguan people would thus emulate the heroic literacy campaign of the Cuban volunteer teachers, whose deed was elevated to the rank of highest honor by Comandante Fidel Castro. It was an army advancing the tomorrows of hope and rolling back the yesterdays of abuse and humiliation, whose only weapons were a pencil and a notebook. A feat that the Cuban people would develop not only in the field of education in their own country, but also in the field of health with their thousands of medical brigades internationally, whose most recent action during the pandemic has earned them consideration for a nomination for the Nobel Peace Prize.

The review of the profound historical events in the region are the very demonstration of why there is such international outrage against the Cuban, Venezuelan and Nicaraguan realities, whose governments today face the challenge of surviving under an arsenal of misnamed “sanctions” and blockade measures by an international coalition of real pirates disguised as democrats. But united in ALBA-TCP, the peoples of Our America have embarked on an irreversible march for independence and dignity.

Alex Anfruns: Researcher, teacher and journalist in several alternative media, he founded and was editor-in-chief of the Journal Notre Amérique. Anti-war militant and activist in solidarity with the just causes of the world, co-author of the documentary Palestine, The Truth Under Siege. Member of the Network in Defense of Humanity.