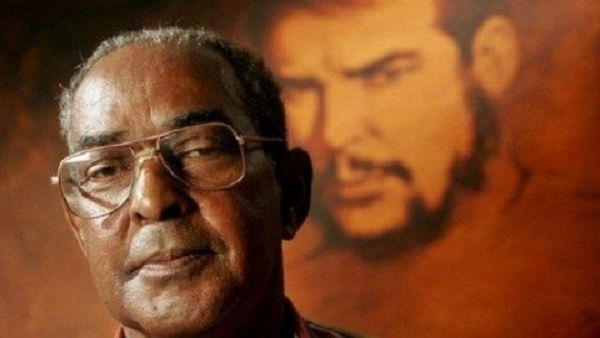 Brigadier General Harry Villegas Tamayo passed away this Sunday in Havana as a result of multiple organ failures.

The Hero of the Republic of Cuba, Brigadier General Harry Villegas Tamayo, died this Sunday in Havana, due to multiple organ failures.

“This day, I am filled with sadness for the physical loss of Dad, but at the same time I am very proud of his status as a guerrilla, who along with Che and other companions fought battles like Santa Clara,” said his son Ernesto Villegas Borroto.

Known as “Pombo” among the guerrillas of Ernesto Che Guevara in the Democratic Republic of the Congo, he fought alongside the Argentine-Cuban commander, also in Bolivia, and fulfilled internationalist missions in Angola and Nicaragua.

“We said goodbye to Pombo, the hero of very humble origin who spent his life with Che from the Sierra Maestra to Bolivia. For him, as his commander taught us: Until victory always!”affirmed the Cuban journalist Iroel Sánchez.

RELATED CONTENT: Cuba to Spend Over Half Its 2020 Budget in Social Programs

Pombo joined the Rebel Army in the Sierra Maestra at only 17 years old, with the aim of achieving the independence of Cuba that was oppressed by the tyranny of Fulgencio Batista. He joined column No.8 “Ciro Redondo” in the invasion from the East to the West of the Island.

“Perfect in every way; a pillar of the column, ”said Che about Pombo – one of his trusted men – referring to his performance as a fighter on the Bolivian front.

Villegas Tamayo was a student of the thought of Che Guevara, and vice president and executive secretary of the National Directorate of the Association of Combatants of the Cuban Revolution. According to a family decision, his body was cremated, and a posthumous tribute will be made next Monday.

Featured image: Harry Villegas was one of the five men who managed to escape from the military siege to Che’s guerrillas in Bolivia. | Photo: Cubadebate