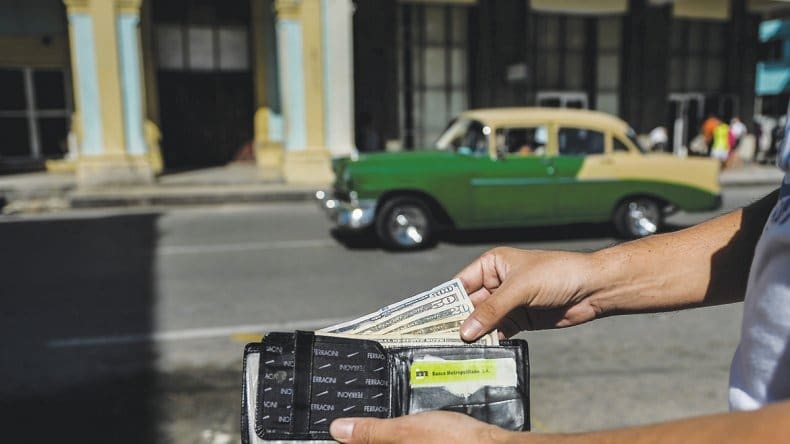 At times, the economy resembles a game in the science game, where a timely sacrifice of quality, for merely positional purposes, becomes an effective tactical weapon. It was exemplified by the Mozart of chess, the Cuban José Raúl Capablanca, in front of Jacques Mieses, one of the best European chess players of the time, in a duel that took place in 1913 in Berlin, Germany.

Urged on by various circumstances, Cuba partially gave the dollar entry into the economy. Following the approval of Resolution No. 221/2019, of the Ministry of Economy and Planning, and of Resolution 275/2019, of the Central Bank of Cuba (BCC), in mid-October 2019, the Government announced through the television program Roundtable on the use of US dollars in retail sales operations in foreign currency (electrical appliances, parts and pieces of cars and other merchandise) and in imports of certain merchandise by natural persons permanently residing in the country, through state-owned companies authorized.

The government was not blindfolded; He knew that significant figures of dollars were leaving the country to purchase these products abroad. Faced with reality, it was necessary to find a formula to capture the money that disappeared from the Cuban borders, in an extremely complex national context.

Indeed, as of last year, the shortage in the retail market showed an upward trend, catalyzed by the economic, commercial and financial blockade of the United States , which reached unsuspected limits. Only from April 2019 to March 2020, that fence caused losses in the order of 5 570.3 million dollars, a level never before registered since the signing of Presidential Executive Order 3447 by the then president of the United States, John F. Kennedy, on February 3, 1962, the date that marks the official implementation of the aforementioned policy of harassment.

The report supporting the draft resolution Necessity to end the economic, commercial and financial blockade imposed by the United States of America against Cuba , which will be evaluated and put to a vote in May 2021 by the Assembly is full of figures and illustrative examples. United Nations General.

In the White House, they are delirious to see Cuba raise, precisely, a white flag. With the stubborn purpose, the administration of Donald Trump applied 121 punitive measures against the Caribbean island from 2019 to today , said Cuban President Miguel Díaz-Canel Bermúdez in a recent appearance at the Roundtable.

Under that sky overcast with sanctions, COVID-19 broke in, breaking the foundations of almost all nations. With the open nature of its economy, Cuba was no exception, as shown by the plummeting income from international tourism due to the closure of the borders; sector with a decrease of 9.3 percent in 2019 . When the total stoppage of vacationers occurred last March – according to José Luis Rodríguez, advisor to the World Economy Research Center – the Caribbean island reported a drop in tourist arrivals, which rose to 49 percent in the first four months of the year.

A little more than two months after the report of the first diagnosed with SARS-CoV-2 on March 11, the BBC issued Resolution No. 73/2020, which repealed the 275 and ordered the expansion of the use of MLC by people natural (allows the creation of accounts in hard currency for non-residents in Cuba).

Meanwhile, the impact of the pandemic continued to leave its consequences in the state coffers, which have limits; From there have come the outlays in foreign currency to acquire the necessary technology and supplies to face COVID-19, which has also required additional expenses in national currency based on the logistical assurance of that crusade for life. Of the depressed public funds, about 1 billion pesos have been disbursed to prevent and control the coronavirus.

Despite what has been described, the Revolution has preserved the human aura in all its light, and when the winds fell on that tower, “as if to overthrow the one that challenges them”, in the perspective of José Martí, the Government approved, in Last July, the strategy to boost the economy and face the global crisis caused by SARS-CoV-2, whose guidelines allow us to recognize in this much more than a temporary lifeline.

Among its measures, it included the expansion of sales in MLC of medium and high-end food and hygiene, in establishments belonging to Tiendas Caribe and the Cimex corporation. To assure that the disposition was applauded by every Cuban would be to distance oneself from the truth. The misunderstanding, which we associate to a certain degree with the late official announcement – it was in the vox populi for weeks – has basically been rooted in the inability of these people to acquire merchandise, absent in the rest of the stores and which are available to those who do have magnetic cards with currency backing.

It was the right moment for those who live by insulting the Cuban Revolution, with its media system and legionaries on duty, to enter the set; Annexationists who, for pay, spread doubts and discouragement with the use of digital platforms and try to establish the matrix of opinion that Cuba totally dollarizes its economy, and they see that ghost everywhere.

They forget that in times of survival it is understandable that a country intends to recover a hard currency, as part of the financial mechanisms to which any economy can appeal.

RELATED CONTENT: Why are There no Social Outbreaks in Cuba?

Along these lines, three provinces at the moment (Havana, Villa Clara and Santiago de Cuba) have started the trade in MLC of inputs destined for the productive base , one of the decisions that should contribute to the rise of the country’s agricultural production, which, incidentally, does not have the currency to purchase the necessary amount of implements, fertilizers, pesticides…. How to increase production, given the deficit of these essential imports due to the lack of hard currency?

Another decision gives keys to these productive entities to generate currency: the possibility of exporting productions through state companies and selling to the Mariel Special Development Zone; In both cases, they retain 80 percent of what is entered in MLC (aka hard currency), and with this they can purchase inputs. “It is necessary to look for certain productive circuits that work independently of the central financing,” said Vice Prime Minister Alejandro Gil Fernández in one of the Round Table broadcasts.

Few would deny that hard currency sales become a controversial measure, signed in times of economic and financial stress. However, in the balance the feasibility of recovering the MLC that was putting Cuba’s feet in dust, and of maintaining the supply – within the contours of legality – of goods with little presence or that were absent from the commercial units of the State weighed more . If foreign exchange is not available, it becomes an odyssey to replenish the market and, consequently, the informal economy takes deeper roots.

The reactivation and connection of the national industry, based on the proceeds, with the market in MLC and the use of the income received to partially finance the offers in the network of stores in CUC determined to introduce and extend the retail trade in hard currency , that it will not imply the total dollarization of the Cuban economy, a phenomenon that is not phantom; but verifiable fact in Ecuador.

And it is worth the comparison. Apparently, the Government of Lenín Moreno, one of “those harmful insects that gnaw at the bones of the Nation” – it fits perfectly with the Apostle’s vision – has given the reins of the Andean country to the International Monetary Fund (IMF) almost since he kicked the Citizen Revolution, from which he deserted.

Weeks ago, exactly on September 30, the president himself notified, from the Carondelet Palace, that the IMF Board had approved a credit of 6.5 billion dollars for the South American country. Ecuador receives communion again; the demands of the IMF will imply greater national indebtedness and austerity policies, which will tickle the wallets of the rich and fall like a blow to the people. Irrefutable time bomb.

More than 20 years ago, the dollar empire dynamited the sucre, the then national currency in Ecuadorian lands. “That dollarization was part of a neoliberal policy that Ecuador applied and I do not think that Cuba is thinking of a similar alternative, since most of the times the dollar has been used it has been in favor of the development of the country and to face certain moments from the international situation, very negative; but there has never been any thought of eliminating the Cuban monetary system, ”Dr. Gladys Cecilia Hernández Pedraza, head of the Department of International Finance at the World Economy Research Center (CIEM), told ACN.

The expert put on the table another argument to consider: with the dollarization of the economy, the issuance of the USD is not run by the Government, but by the Federal Reserve; Or the same, the country automatically becomes governed by the policy of the United States. And this would be as incredible in the Cuban case as seeing a snake hatch from an eagle’s egg, analyzed from the point of view of Martí.

The economic-social strategy of Cuba does not conceive that, in the future, sales in MLC will expand; It was signified letter by letter by the Minister of Economy and Planning, Alejandro Gil, who, given the possible doubts of public opinion, wielded an element: the monetary order, to which the nation is doomed, understands that the country works with a single currency, the national one.

Not even the horoscope will be able to predict exactly how long MLC sales will last, an exceptional measure for an exceptional context, which results in “a necessary and undesirable partial dollarization in the economy,” said President Díaz-Canel.

And that statement refers to the very deep crisis of the Special Period and to that speech of Fidel in 1995, when, with transparency and his unparalleled political courage, he admitted: “We have said that we are introducing elements of capitalism in our system, in our economy ( …); We have even talked about the consequences that we observe from the use of these mechanisms. Yes, we are. (…) We must tell the truth (…), it was the only alternative to save the Revolution (…). None of these things that we disliked stopped displeasing the people, who are very sensitive, ultra-sensitive to any inequality, to any privilege ”.

With such a precedent, let us see the partial dollarization of the Cuban economy, as well, as the sacrifices to which great chess players resort to, in the end, win the game and leave the opponent with the tower in hand .