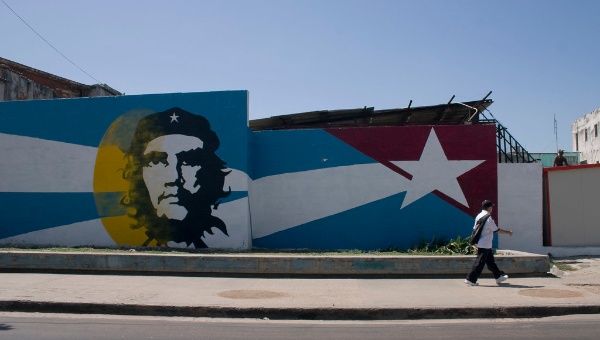 “we can take advantage of our domestic potential and overcome, successfully, the siege to which we are subjected to by the United States, which will not succeed in forcing us down”

Despite the recent tightening of the U.S. economic blockade, Cuba’s economy is showing resilience and will not enter recession, instead will enjoy small growth over the coming year, according to forecasts published by ‘Economic Commission for Latin America and the Caribbean’(CEPAL) one of the regions leading think tanks.

Cuba’s economy minister Alejandro Gil Fernandez responded via Twitter on Wednesday to the recent report by CEPAL, saying “Despite the worsening of the blockade, #CEPAL forecasts that the Cuban economy will not decline in 2019 and estimates a 0.5% growth, similar to that of the region. We remain focused on improving the quality of life of the people, which is truly the most important task”.

The CEPAL report predicts slow growth across the region, with South America likely to see just 0.2 percent growth, and 0.5 percent across Latin America.

The figures forecasting modest growth for Cuba come despite new economic sanctions announced by the Trump administration. In April the U.S. began enforcing Title III of the Helms-Burton Act, the legislation that formalized the blockade on Cuba.

Title III allows for Cubans in the U.S., whose companies were nationalized after the revolution, to file lawsuits against those who own or do business with those companies today.

So far the U.S. recognizes 5,000 such claims. The aim is to scare away those who seek to do trade with Cuba and therefore damage the island economically.

One U.S. official said that the law is “‘to encourage any person who is doing business in Cuba to reconsider whether they are trafficking in confiscated property.”

Title III, along with the blockade in general, has been repeatedly rejected at the U.N., with only Israel consistently voting with the U.S. on the issue.

Nevertheless, Cuban lawmakers were pleased that the economy is showing resilience despite U.S. attacks. Lawmaker Gil Fernandez addressed parliament, laying out the country’s economic strategy, which he believes is responsible for its stability in the face of adversity.

Fernandez said the main elements of the plan have been to “defend national production, diversify and increase exports, reduce imports, strengthen state companies, advance towards food sovereignty, promote local development; as well as pursuing a social housing policy and investing in science”

Fernandez ended his address stating that Cuba’s economic strategy means that “we can take advantage of our domestic potential and overcome, successfully, the siege to which we are subjected to by the United States, which will not succeed in forcing us down.”