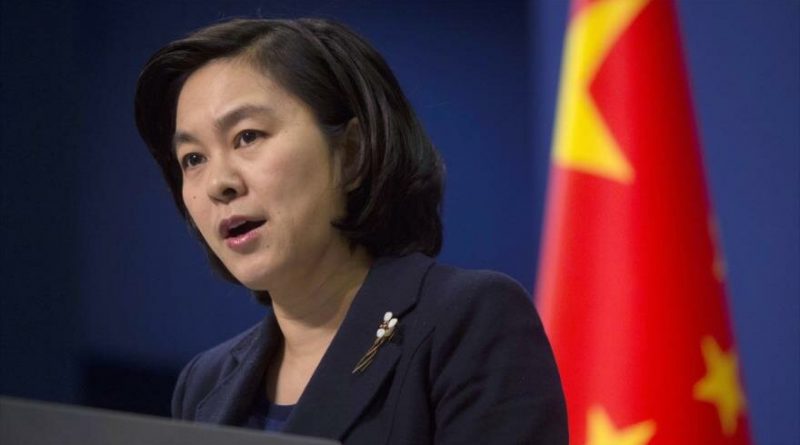 The spokeswoman for Foreign Affairs of the People’s Republic of China, Hua Chunying, said Wednesday that the executive orders issued by the US government, against Venezuela, violate the principles of international relations.

“These statements and actions by the US are a serious interference in the internal affairs of Venezuela and a serious violation of the fundamental principles of international relations,” said Hua Chunying, reviewed by Sputnik.

She added that this decision would only aggravate the economic crisis that Venezuela is going through, given the imperial onslaught, so it would not help to solve the problem and the situation could be aggravated until “putting it at risk of getting out of control.”

Chunying, urged the US government to evaluate the essence of the differences with Venezuela and move again to respect international law with support for dialogue and finally allow Venezuelans to choose their political destiny.

The foreign minister’s spokeswoman asked the US to stop using psychological terror against other countries and to take the step to have relations (again) with the Venezuelan government.